3 Scales Used to Define Sexuality in a Rainbow World 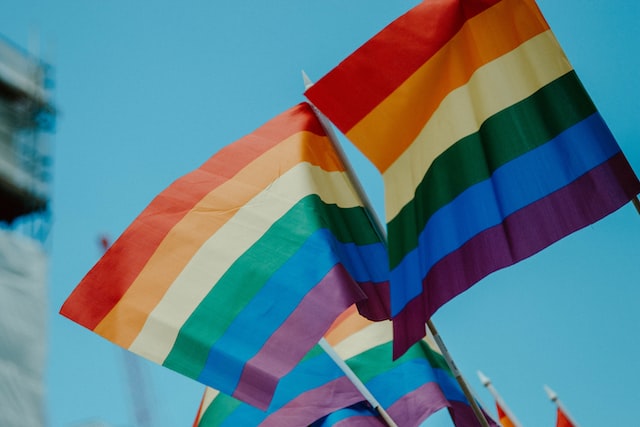 It is no secret that the LGBT community in Nigeria and many other African countries face countless challenges. Despite this, society in general has come quite a long way to understand (and celebrate) gender and sexuality.  This understanding was made easier thanks to the work of sex researchers who discovered that sexuality operates on a wide spectrum that computes varying degrees of hetero-and homosexuality. Before we can celebrate the spectrum of sexuality, however, we need to understand it a bit better.  Let’s look at three common scales that are used to define sexuality as we know it.

The Kinsey Scale was Ahead of Its Time

Dr. Alfred Kinsey, who was known as the ‘father of the sexual revolution‘ was a firm believer that sexuality was fluid and that it could change over time. In 1948, the doctor, alongside his research partners at the time, published a study that suggested that no one fits completely into either the heterosexual or homosexual categories. To assess the behavior of interviewees, Dr. Kinsey used a scale that ranges from zero to seven with the former representing exclusively heterosexual people and the latter exclusively homosexual. The scale also made provision for people who had varying levels of sexual desire for members of the same sex. An additional category, simply called ‘X’ was also added for no socio-sexual contacts or reactions.

Although sexual freedom can hardly be documented in the history books, modern Nigerian women continue to take charge of their sexuality. Back in 1978, Dr. Fritz Klein introduced a system in a way that was a lot more detailed than many of the other methods used at the time. The Klein Sexual Orientation Grid asks people to rank seven different aspects of sexual identity from one to seven. A ‘one’ will indicate heterosexual only while a ‘seven’ indicates strictly homosexual. The seven aspects on the grid are sexual behavior, sexual attraction, sexual fantasies, social preference, emotional preference, heterosexual/same-sex lifestyle, and self-identification. All of these aspects have to be ranked in three categories: past, present, and ideal.

Kansas psychologist Michael Storm dedicated much of his time to studying erotic fantasies and sexuality. While conducting research in 1981 he found that bisexual people tended to engage in as many heterosexual fantasies as actual heterosexuals and as many same-sex fantasies as their homosexual counterparts. This also led to him wanting to better differentiate between asexuality and bisexuality. To make his findings easier to visualize, Storm created a new sexuality scale making use of an x-y axis. Unfortunately, his scale was met with heavy criticism, mainly because asexuality was depicted as a ‘negative’ choice that was completely separate from all the other sexual identities.

The sexuality spectrum is far more complex than we may first imagine. Once we understand the spectrum and the various scales used to define sexuality, we can truly start to celebrate it.