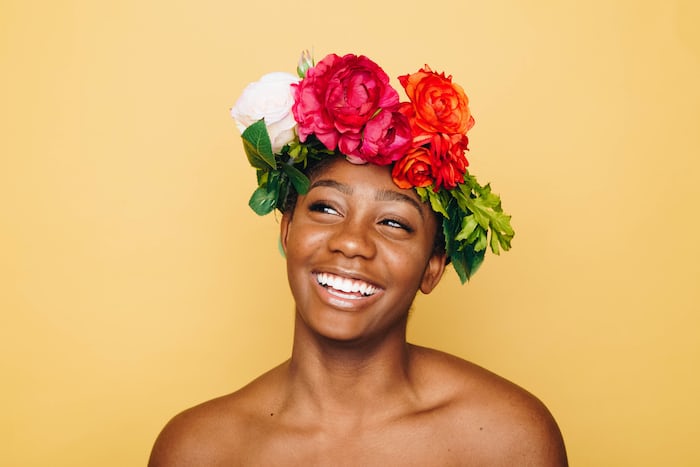 Growing up, one of the songs I loved was Sweet Mother by Nico Mbarga. I don’t think any Nigerian child born between 1997-2005 could avoid hearing lyrics that praised mothers for how they suffered. The eight year old me thought the song was a well done pat for the nonsense women had to endure so their children could be reputable people.

As I grew older and became more aware as a feminist, I started getting uncomfortable with the wording of the song. Don’t get me wrong.

I do think mothers should receive their honor for mostly doing alone, the work of raising children which is never easy for even two involved parents to do.

However, I am worried about the way women suffering is normalised in pop culture, music and movies.

If women weren’t suffering for the benefit of men and children would we still be sung so lustily about by male singers?

The side effects of praising suffering in women is that it teaches young girls watching that the ability to smile through heartbreaking pain is what makes a woman a real woman.

There are women who sincerely think that being a strong woman is not them having the strength to overcome nonsense and leave a man determined to break their spirit.

Rather, these women think that the more they can ‘ignore’ and stay with a man who may even beat them and deny them the ability to make money is what marks them as ‘strong women’.

More often than not, it is only in women that pain is romanticised.

If a man was enduring nonsense at the hands of his friend or at the hands of even a bad workplace, everyone would rightly criticise those causing him pain and offer help to enable him to leave that painful situation.

But when women are concerned, it is seen as normal that she experience multiple formats of a broken spirit before she can be worthy of praise by even her children.

This makes it such that women determined to living a life of ease, working hard and playing hard, leaving negative men, asking for help without shame and a life of minimising pain are looked at as weak by other women who define their lives by how much suffering they can endure.

To better understand what fuels women being praised for smiling through pain, I spoke to three women.

For Eunice, a community manager and writer, she explains that the pain women feel can still be tied back to how Nigerian society glorifies pain and hard life generally.

In her words: “It’s because most people think that pain and negative things are normal that they don’t even know when it is becoming too much. It’s the same way we celebrate suffering and hardship in ordinary things about life.

Something like Third Class in a public university is better than First Class in a private university, because it feels like when it comes with hardship and negatives, it is a good thing.”

She went on to say: “I’m trying to live a painless and stress-free life by creating the life I want for myself. The life that makes sense to me and it has somehow made me at peace with myself. I’ve moved from my parents house because I don’t think I’ll thrive if I live with them.”

Speaking with Aliyah, a technical writer and student, she says that women have been so socialised to receive pain such that when things are easy we begin to question why.

To quote her: “From when most women were girls who started menstruating and had period pains, they were told to not make a fuss about it because the pain was normal. Women are expected to go through cramps, smile through and then still engage in some form of physical activity or another.”

She went on to say: “We begin to minimize pain, and ask ourselves questions like:  ‘Is it not just small pain? What is it that will allow me to not work or such things?’. And women don’t even talk about how painful childbirth is because it was worth it.

Meanwhile, some deal with postpartum depression, many don’t ever have their bodies fully functional anymore and before the body heals, we’re looking at a year. But the clearing for men to have sex with their wives after birth is six weeks because god forbid men have to stay longer than that without sex.

The pain of assaults and harassment is swallowed because ‘at least they didn’t rape you’. And even if they did, you must shut up about it. The life of a woman is wrought with so much pain and it takes so much work to live free of it to an extent.

Even then, the pain might not be yours, it might be another woman’s but it will always serve as a reminder of how you are not safe.”

When asked the importance of living a pain free life as a woman, Deborah, a new mum said it helped her during childbirth.

In her words: “It’s important we unlearn this act so that life will be easier for people coming after us.

I remember when I gave birth, the nurses were comparing me with other women who had high pain threshold and they expected me to act like that. I told them: ‘I’m not a Hebrew woman. Cut me open’.

I also hate to be called a ‘strong’ woman. I am a normal person.”

It is necessary that we raise the next generation of girls to not see enduring pain as an indication of how strong and worthy they are.

If we don’t do this, we’ll continue to have cases of women who think being emotionally abused in a relationship is part of a hurdle one must cross before they encounter happiness.