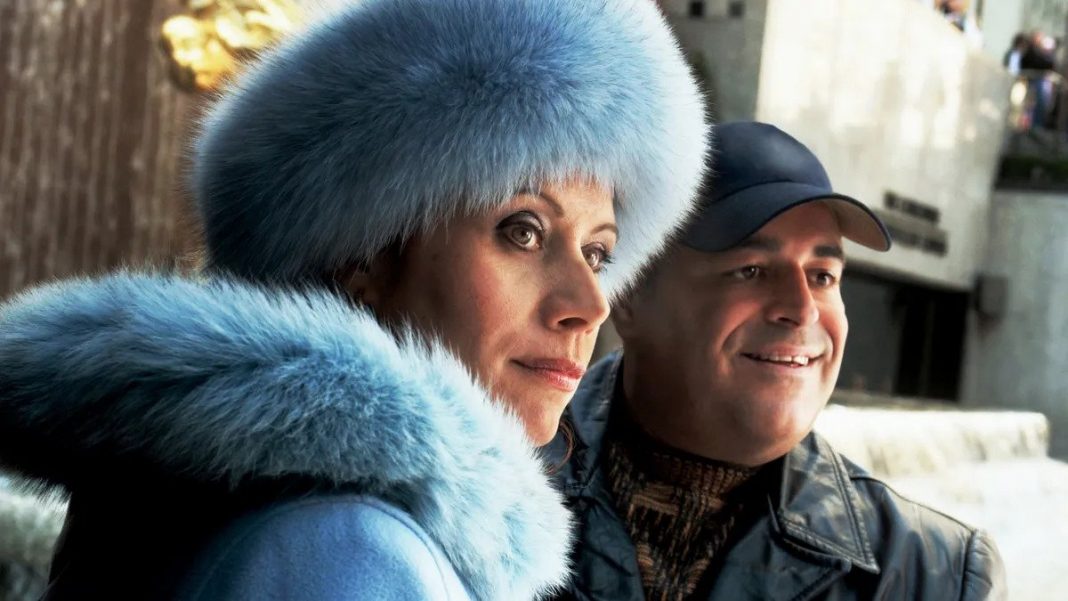 Elizabeth Bracco, born on 5 November 1957 in Brooklyn, New York to Eileen and Salvatore Bracco Sr., is an American actress best known for her role as Marie Spatafore, wife of Vito Spatafore, on the HBO series The Sopranos. She is also the wife of Aidan Quinn and the sister of the famous actress, Lorraine Bracco. Elizabeth lived there with her two siblings, Lorraine and Salvatore Jr.

Elizabeth is a polyglot, capable of speaking English, French, and Italian since her parents are originally from these countries.

In 1986, she made her acting debut in the television series Crime Story. However, when she played Jackie in the 1992 independent film In the Soup, it gave her the credit she deserved.

She first played a part in The Sopranos in 2006 as a recurring character. Her sister Lorraine Bracco was also a lead player in ‘The Sopranos.’

Elizabeth and Aidan Quinn live with their two daughters, Mia and Ava Eileen in New York City. The couple married in 1987.

23-year-old Mia Quinn has autism and is an actress, best known for her role as Ghost Girl in The Eclipse. She also models and likes to travel.

Ava Eileen Quinn was born in 1989. She is also a film actress, known for her role as a young baby in Avalon (1990). Ava has two daughters.

Who is Amber Marmol? Career and Personal Life Explored