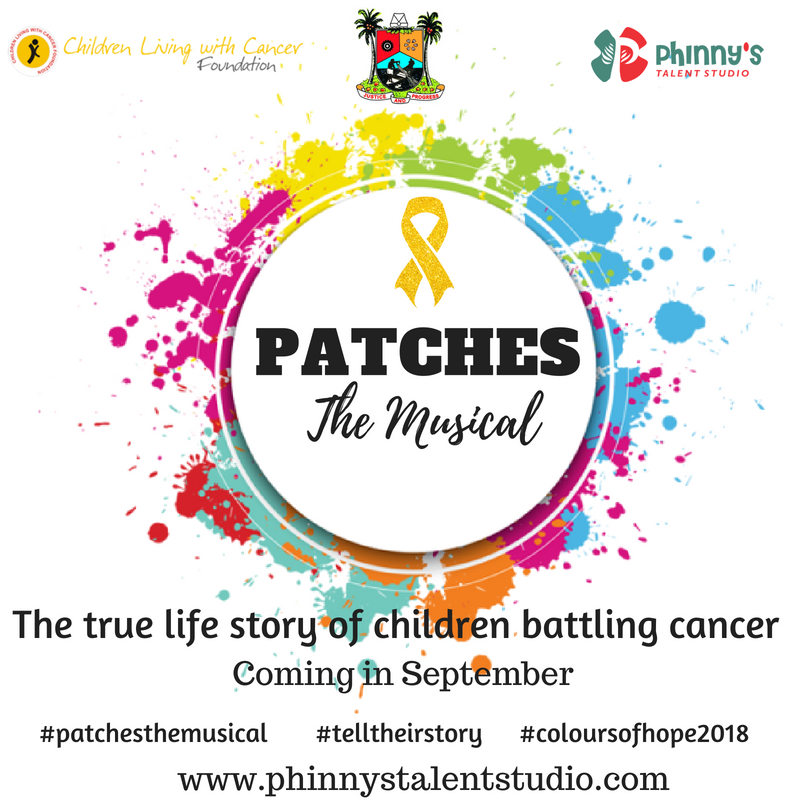 Phinny’s Talent Studio in partnership with Children Living with Cancer Foundation are back this year with the 3rd edition of the Art Exhibition for kids and teens, dedicated to children living with cancer which is coming up on the 15th and 16th of September, 2018 at The Cinema Hall, National Theatre, Lagos.

The one-of-a-kind exhibition which started in 2016, is aimed at creating awareness and support for childhood cancer and its patients through the showcase of inherent talents in young artists.

This Art exhibition which launches the Childhood cancer month of September, features the release of balloons to commemorate the month and this year’s exhibition marks the 15th year anniversary of Children Living with Cancer Foundation so there is a stage production premiere at the exhibition.

According to Josephine Israel, the musical titled “PATCHES” is going to involve more kids that are talented in other forms of art to re-enact the stories of children battling cancer. PATCHES the musical is a stage production that will tell the stories of what children battling cancer in this part of the world face. It is directed by Babs Ademoye and produced by Josephine Israel.

According to Dr Nneka Nwobbi, founder of the Children Living with Cancer Foundation, the production will awaken the consciousness of people to note the signs and symptoms of childhood cancer to reduce late detection which is the one of the major factors of childhood cancer deaths in the country. She said further that it will also invoke sympathy and support for kids whose families can’t afford to pay for treatment and have been neglected as a result.

This exhibition is proudly endorsed and supported by the Lagos State government and Governor Akinwunmi Ambode has shown his interest in supporting and participating.

There are also individual sponsors too and celebrities who have been showing their support so far. They include, Polly Alakija (Chairman, Lagos state council of Arts and Culture), Evaezi (Singer and Actress), Ibejii (A UK based recording artiste) etc.