On Iran and The Use of Fearless Women as Scapegoats 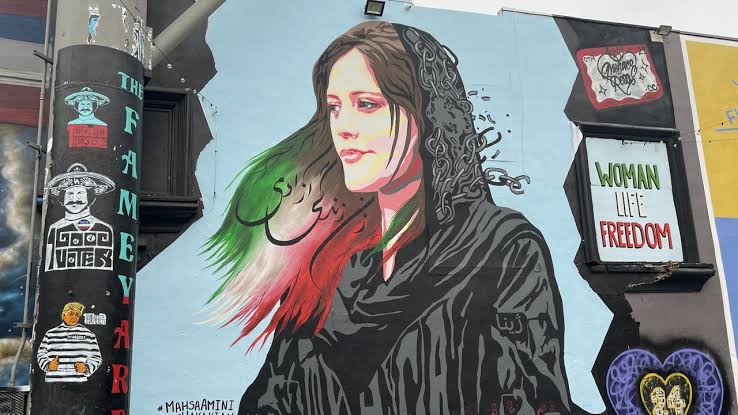 In September 2022, the news of the death of Mahsa Amini broke. She was an Iranian woman who was beaten to death by Iran’s morality police for not wearing her headscarve “properly”.

Following her death, the internet was filled with brave pictures of Iranian schoolgirls and women burning their hijabs as a form of protest.

These protests are considered the largest protests in the history of Iranian women’s fight for human rights.

However, news reports from November 2022 have said that Iran has handed down a death sentence to one woman and has arrested an estimate of 14000 women; many of them being the very protesters who bravely questioned the death of Ms. Amini and the subsequent policing of women’s dress choices.

Although the case of Iran may seem extreme, throughout history, women who dare to question why womanhood is seen as second fiddle are often picked out to be used as examples.

In Egypt for instance, women who protested during the Arab Spring were raped by fellow male protesters shortly after the protests were over.

Even in revolutions like the Nigerian #ENDSARS protests, women who fought side by side with men and were praised by men as “remarkable”, shockingly have been insulted as thieves and liars ever since.

Still in the same #ENDSARS protests, women in Benin City, Nigeria were raped by men believed to be men protesting against police brutality.

But why is there a singling out of women who use their voice, energy and time to bravely interrogate systems that will not necessarily see women’s rights fulfilled?

This is because men do not want the efforts of these women recognised so that no young girl thinks to use that same strength to question patriarchal structures and systems.

Sometimes, feminist women lose their jobs for sharing openly feminist views on social media or being involved in protests.

In certain instances, women have to seek asylum and experience pauses in their career for boldly displaying information that is a threat to those in power.

This has been the case of DJ Switch, the woman who took videos and an IG Live of protesters being shot during the Lekki Massacre when the October 2020 #ENDSARS protests held. She had to flee to Canada out of fear for her life.

This happened especially because there were several people claiming the Lekki Massacre didn’t happen and her IG Live was veritable proof that it did happen.

When women who speak up are harassed, it is primarily because their actions of standing up for themselves and women, have sent waves of fear towards men and all those who benefit from patriarchal structures.

Contrary to popular opinion, the honest truth is that women’s freedom would indeed mean that men shall lose some unearned rights of theirs. Rights such as a free maid, cook and someone whose supposed inferiority gives him a mental boost and a fake knowledge that his kind are next to God.

It is not only during revolutions, rape and incidences of national violence against women, that fearlessness and bravery is curtailed in women.

Even women who are bold enough to speak on social media about how unjust it is that women do the bulk of childcare and domestic labour, often stand the chance of being called names and experience bullying that may extend to their partners if they are in relationships.

Even amongst seemingly progressive people, women who focus on the “small” feminist issues such as cooking are seen as unserious and not so “radical”. This thereby makes them excluded even in spaces where they should have support especially seeing as women worldwide often face death for not cooking or being up to par with domestic labour.

Sometimes, these bullying and mean words coupled with rape threats may make these women reduce the manner in which they speak up.

It may make them hide their head in shame and in extreme cases, feminist women would renounce feminism and go right back to sexist beliefs in hopes that they won’t be seen as outcasts.

The issue of scapegoating fearless women is not one that is easy to conclude on.

However, it must be said that the first step to tackling any form of injustice as women is us seeking power and sharing solidarity with ourselves across male imposed boundaries.

When more women speak truth to power, even when incidences of bullying and threats arise, we would be able to not only use our voices but also our resources to grant ourselves safety and freedom.

Previous article
8 Rules of Vaping Etiquette to Follow
Next article
Who is Mary Cagnin? Artist Claims Similarities Exist Between 1899 and Her Work, Black Silence