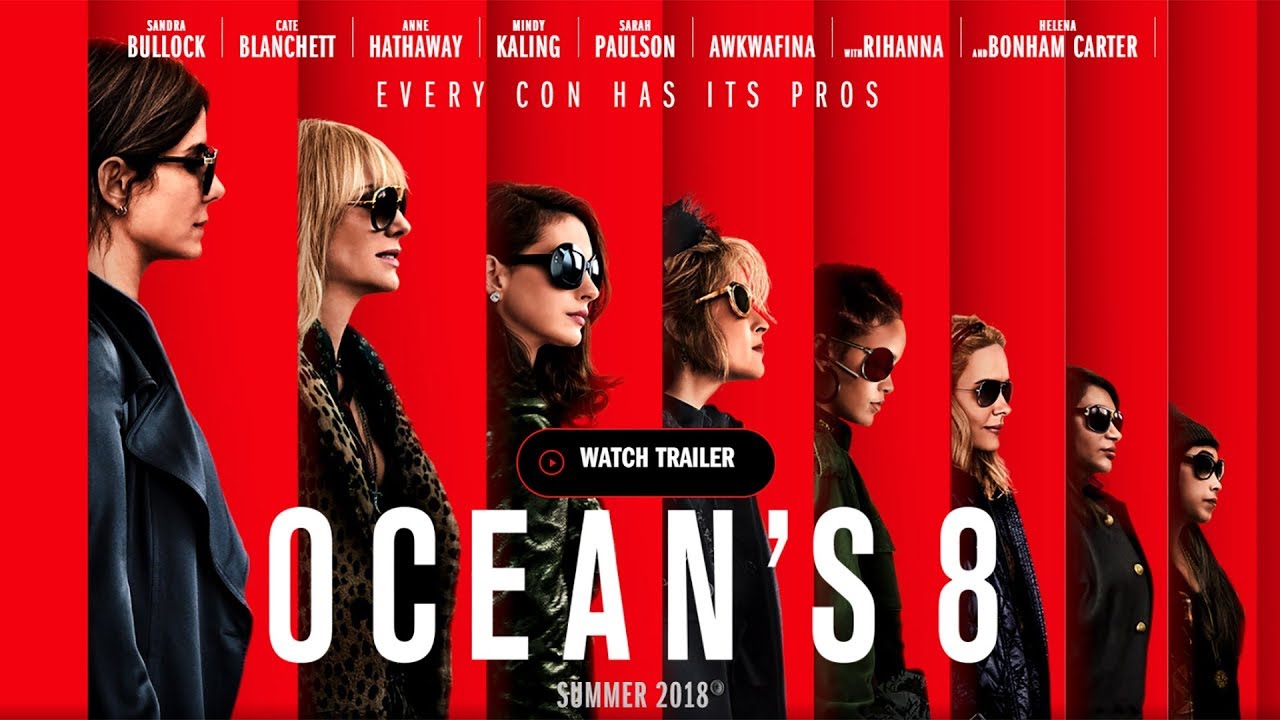 2017 was an exciting year for all movie lovers. 2018 on the other hand promises to be a whole lot more exciting. With Maze Runner: Death Cure (debuting in Cinemas on January 26th) giving movie lovers a teaser as to what the rest of the year has in store, I’ve decided to compile a list of ten 2018 Movies one should look out for this year.

Tomb Raider (March 2018)
Lara Croft, played by Alicia Vikander, is the fiercely independent daughter of a missing adventurer who must push herself beyond her limits when she finds herself on the island where her father disappeared. This movie would particularly appeal to the game fans out there who have played several instalments of the Tomb Raider game. The movie nevertheless promises to be action adventure-packed.

Ready Player One (March 2018)
The film is set in 2045, with the world on the brink of chaos and collapse. But the people have found salvation in the OASIS, an expansive virtual reality universe created by the brilliant and eccentric James Halliday (Mark Rylance). When Halliday dies, he leaves his immense fortune to the first person to find a digital Easter egg he has hidden somewhere in the OASIS, sparking a contest that grips the entire world. When an unlikely young hero named Wade Watts (Tye Sheridan) decides to join the contest, he is hurled into a breakneck, reality-bending treasure hunt through a fantastical universe of mystery, discovery and danger.

Pacific Rim Uprising (March 2018)
Jake Pentecost is a once-promising Jaeger pilot whose legendary father gave his life to secure humanity’s victory against the monstrous Kaiju. Jake has since abandoned his training only to become caught up in a criminal underworld. But when an even more unstoppable threat is unleashed to tear through cities and bring the world to its knees, Jake is given one last chance by his estranged sister, Mako Mori, to live up to his father’s legacy.

Avengers: Infinity War, Part 1 (April 2018)
Probably the most anticipated movie of 2018. In this Marvel Installment, Earth’s Mightiest Heroes, the Avengers, must unite to battle their most evil villain yet, Thanos who plans on using the power of all six Infinity Stones to inflict his twisted will on reality. Dr Strange and the Guardians Of the Galaxy also make an appearance in the movie. Mouthwatering to think just how good the movie would be.

Deadpool 2 (May 2018)
The Second Installment of Deadpool promises to bring even more wisecracking moments for one of our favourite Marvel Mercenary Deadpool battles ninjas, the Yakuza and a pack of aggressive canines in an all-new adventure.

Jurassic World: Fallen Kingdom (June 2018)
This movie picks up Four Years after the destruction of the famed Jurassic Park. Owen Grady and Claire Dearing return to the island of Isla Nublar to save the remaining dinosaurs from a volcano that’s about to erupt. They soon encounter terrifying new breeds of gigantic dinos while uncovering a conspiracy that threatens the entire planet. It too promises to be another Jurassic Classic.

Ocean’s 8 (June 2018)
Another Classic. In this Installment Criminal mastermind, Debbie Ocean and seven other female thieves try to pull off the heist of the century at New York’s annual Met Gala. Their target — a necklace that’s worth more than $150 million.

Ant Man and The Wasp (July 2018)
In the Second installation of Marvel’s Ant-Man, Ant-Man teams up The Wasp on an all-new mission to uncover secrets from the past.

Solo: A Star Wars Story
In this Star Wars movie, a younger Han Solo played by Alden Ehrenreich, through a series of daring escapades meets his future copilot Chewbacca and encounters the notorious gambler, Lando Carlissian.