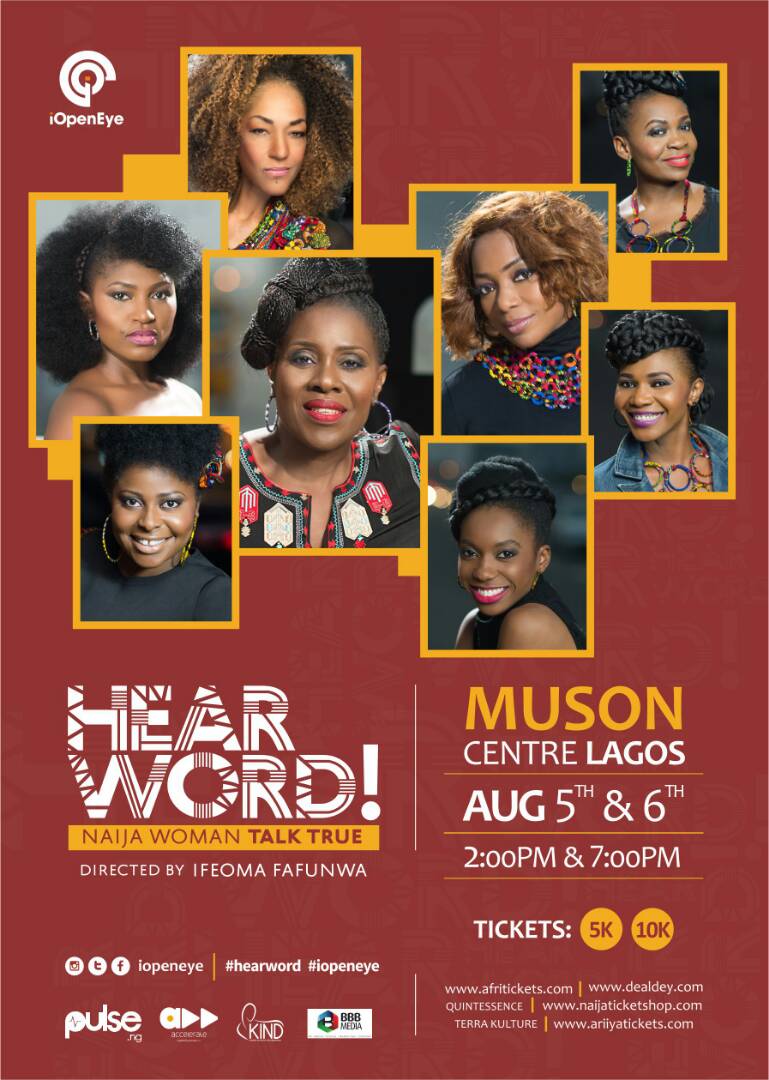 Directed by Ifeoma Fafunwa, founder of IOpenEye, HearWord! is a stage play – a collection of monologues – that describes profoundly, what it means to be a Nigerian Woman.

From the ooohs and ahhhs that trailed the audience which was made up of seventy percent women, one could tell that every woman could relate to at least one story, and in some rare case, all. When Urban Woman Magazine went on to talk to a number of people after the show, a couple of ladies expressed the fact that the story touched areas of their lives that had always burdened them. One even went as far as telling the story of an aunt who was made to drink the water used to wash her husband’s corpse and since then, hasn’t been mentally stable most especially because of the trauma the event caused her.

This drama brought to light the fact that women are blamed for almost everything, from rape to domestic violence to not being able to bear a male child, etc. It also highlighted the role of society in all of these, as, it pointed out how women were called “ashawos” (Prostitutes in the Yoruba language) for everything ranging from staying alone, to being successful and unmarried.

As the play nears an end, one would ask “Are we then to run away from our society or conform to its beliefs and silly traditions?” The answer is No! And this play ends with a message to women admonishing us to be the best we can be and never to accept being treated like we are less than humans. It also teaches us not to conform to societal beliefs of how a woman is supposed to act or how successful a woman should be.

Writing this article one is reminded of a statement made by Chimamanda Ngozi Adichie: ” If a man feels threatened by your position in the society, or by your wealth, then that is exactly the sort of man you should run away from!”.

Read also: What It Means To Be A Nigerian Woman