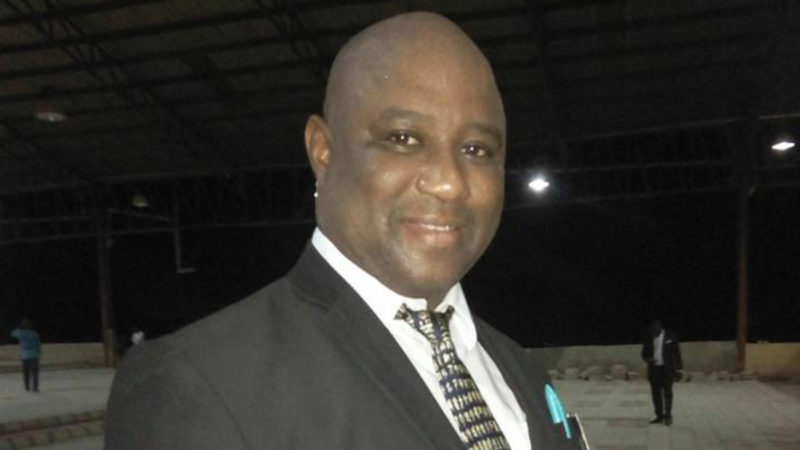 The effects of the #sexforgrades documentary released by BBC Africa Eye have just begun as Foursquare Gospel Church has distanced itself from the pastor and Unilag Lecturer, Dr Boniface Igbeneghu. 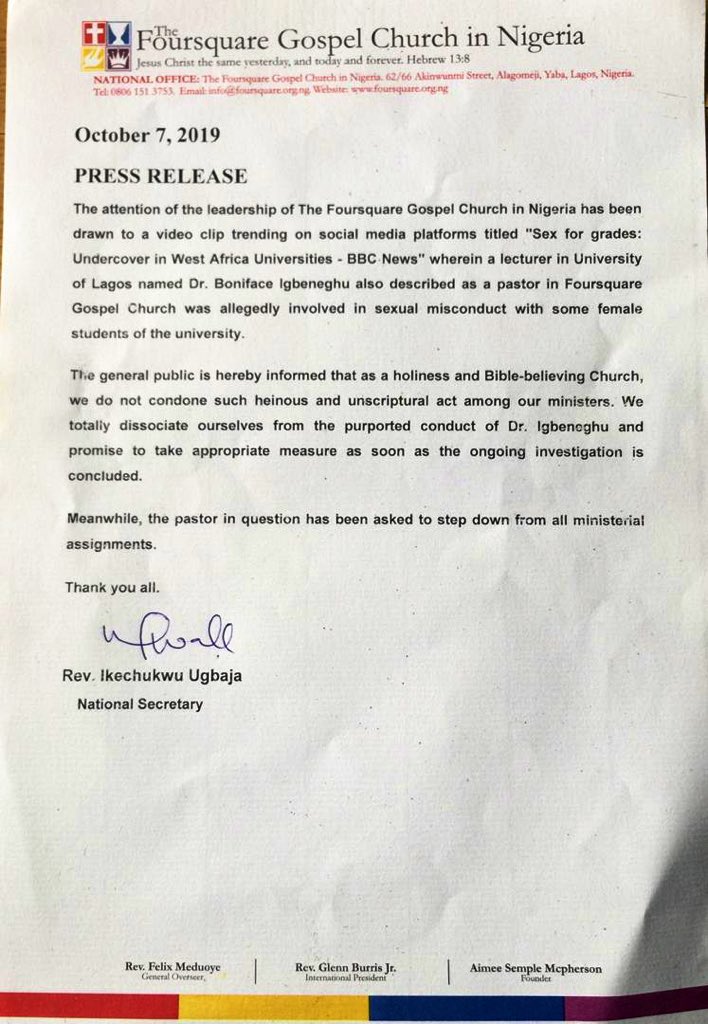 Dr Boniface Igbeneghu caused an uproar on social media after he was caught on camera propositioning and soliciting for intimacy from an undercover journalist who disguised as a 17 year old minor seeking admission into the University of Lagos.

He also asked her about her sex life, and prayed with her to give her life to Christ, after which in further sessions, he told her to move closer to him so he could kiss her. He even went as far as suggesting that the lights in the office be turned off so he could explain the idea of the “cold room” to her. (The cold room is a place where UNILAG lecturers take their victims to regularly).

In a press release by the Foursquare church, which was also shared on their twitter page, the church disassociated themselves from the conduct of Dr Boniface and explained that they do not condone such acts.