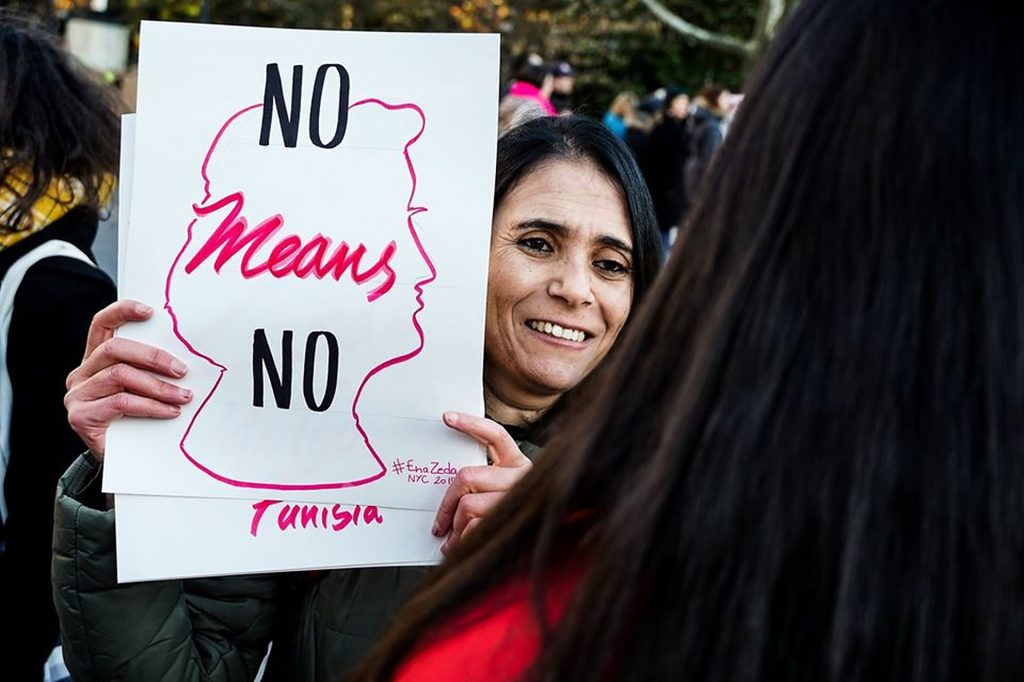 Hundreds of women trooped out in the Tunisian capital on Saturday to protest against gender based violence under the #EnaZeda (Me Too) movement.

The protesters marched through the capital of the city, broom in hand to signify the sweeping away of violence against women. The women are also asking authorities to act to ensure their rights.

This protest was called for by a number of local NGOs including the Tunisian Association of Democratic Women (ATFD).

However, the lawmaker denied it, saying that he is diabetic and was just urinating in a bottle.

He was investigated for alleged sexual harassment and public indecency, however, he wasn’t found guilty of any of those charges.

The video went viral and there are claims that it has sparked Tunisia’s own #MeToo Movement.

In July 2017, a law was passed outlawing sexual harassment in public places and a maximum penalty of a year in prison and a 3000 dinar ($1000) fine was put in place.

We hope that more Tunisian women speak up about the gender based issues they encounter in their society.