Elnaz Rekabi Returned to Iran Amidst Cheers After Competing Without Hijab 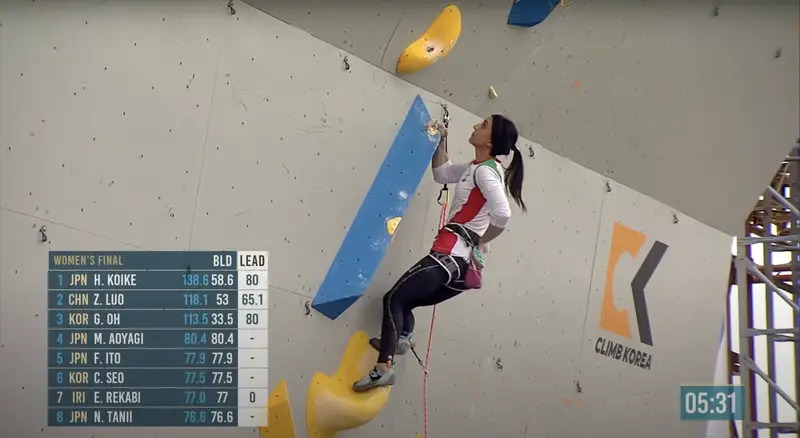 Despite being welcomed back to her country and reassured that she will not face consequences for her actions, Iranian climber Elnaz Rekabi has faced scrutiny for not wearing a hijab during competition.

It’s 5am in Iran and yet a sizeable crowd has gathered at Tehran’s Imam Khomeini Airport to welcome Elnaz Rekabi, a female climber who competed without a hijab in Seoul and was subsequently censured and forced into an apology by Iranian authorities.
📸 @Hkh_Hossein#مهسا_امینی pic.twitter.com/vmGHX6vIYZ

Rekabi, 33, came in fourth during the International Federation of Sport Climbing (IFSC) Asian Championships in Seoul on Sunday. Even though it goes against Iran’s mandatory hijab laws, she wore her hair down in a ponytail while competing.

The video quickly gained popularity online, as many saw her as a rallying symbol for Iranian women who are currently struggling against the country’s hijab laws and hard-line conservative regime.

Protests against the government’s strict dress laws continue in Iran, with journalists facing arrest for reporting on the issue. Rekabi’s statement on her Instagram account denies any intention to support the protests and claims that her choice was merely unintentional. However, many remain sceptical as Iran has a history of forcing activists to make false confessions on camera.

After 22-year-old Mahsa Amini died in the custody of Iran’s morality police for wearing tight pants and “improper hijab,” protests began throughout the county. Many women have shown their protests by cutting their hair in public, and some of these encounters with police have turned violent. Although human rights groups and news media report different numbers of protester fatalities, it is still unclear how many people have actually died.

Previous article
How Old is Lauren LaVera from Terrifier 2?
Next article
How Marilyn Monroe Fought Against ‘Dumb Blonde’ Stereotype