If you are familiar with Shark Tank, you most likely know Mark Cuban, the Billionaire investor who...
Read more

Saira Dewji is the wife of Tanzanian billionaire , Mohammed Dewji. Mohammed Dewji has an estimated net worth of $1.1 billion as was ranked the 21st richest man in Africa by Forbes Magazine in 2015.
Read more

Arnold Palmer died on the 25th September, 2016. He was survived by his wife from his 2nd marriage, Kathleen Gawthrop.
Read more

They say life is unfair to everyone and that’s what makes it fair but that may not be true for the entertainment industry. Over the years, many conversations have been initiated about the double standards in the entertainment industry that is mostly suffered by women and although things are a lot better than before, equality still seems far away. This inequality that we speak of comes in many ways but especially in the form of holding women to a higher standard. 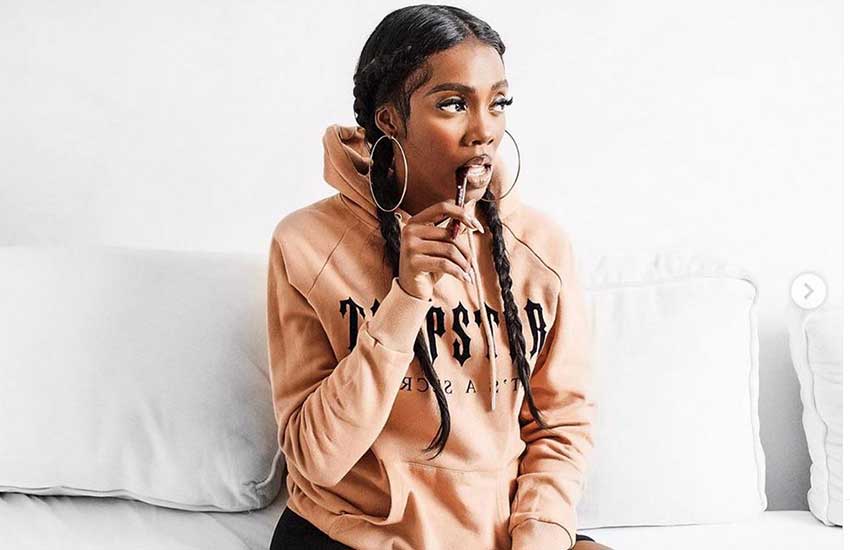 Let’s start with perceived courtesy. Late last year, Charles Anazodo a popular on air personality and football commentator called out Tiwa Savage on twitter for being rude. He claimed that although Tiwa had walked past him that day, she had not said hi, concluding his tweet with the statement “I guess being a superstar gives you a right to be discourteous”. This led to a heated conversation on twitter where many (especially women) opined that women in the entertainment industry were still expected to be subservient and submissive to their male counterparts. Many agreed that not saying hi was not enough to dub a person as rude and the same scrutiny would never be extended to a male artist.

Another issue that begs the question of inequality in the entertainment industry is rivalry. While the subtle but not so subtle rivalry between Tiwa Savage and Yemi Alade is met with responses like “women are their worst enemies”, the recent rivalry between Burna boy and Davido where he (Burna boy) claimed that Davido’s success was all because of his father’s money was met with responses that bore no resemblance to “men are their worst enemies”.

Remember when Burna boy categorically said that most Nigerians were backward unprogressive fools? Whew! That was a lot to take in. Fans were enraged and called him out for being rude. Despite the outrage however,  his support system remains unshaken and his fans now describe their relationship with him as toxic because even though he blatantly insulted them, he makes good music. This toxic relationship got so toxic that earlier this year, he reportedly left twitter after he was called out by fans. I tried to imagine any female artist in Nigeria being able to openly insult her fans repeatedly without losing her career instantly and I couldn’t. While this is not to say Burna boy is being accorded that privilege because he’s a man, it’s more to say that the women in the industry may not be accorded that same privilege. I only know of one female artist who comes that close in being obnoxious and her career has become  close to non-existent. Yes, it is Azealia Banks.

This problems of inequality are not exclusive to the Nigerian entertainment industry or even the global industry, they are the struggles that women face everyday. From unequal pay for equal work to holding women to higher moral standards, women all over the world are battling with double standards and looking for a way out. While we haven’t figured to blueprints to equality yet, we know that talking about these double standards go a long way. Because most of the double standards arise from our cultural upbringing, it’s possible that we impose them unconsciously. We need more women especially in the entertainment industry speaking up against these standards; this would not only jolt us back to reason but also make the room uncomfortable for the relentlessly sexist people.

Read Also: Where Exactly Is Kainene?

If you are familiar with Shark Tank, you most likely know Mark Cuban, the Billionaire investor who...
Read more
Notable Women

Saira Dewji is the wife of Tanzanian billionaire , Mohammed Dewji. Mohammed Dewji has an estimated net worth of $1.1 billion as was ranked the 21st richest man in Africa by Forbes Magazine in 2015.
Read more
Notable Women

Arnold Palmer died on the 25th September, 2016. He was survived by his wife from his 2nd marriage, Kathleen Gawthrop.
Read more
Celebrity

Jennifer Lopez would be headlining the Latin Music Week with Maluma Chat. The two are going to have a chat about their lives and careers as part of Billboard's Latin Music Week.
Read more
Celebrity

Nene Leakes Is Leaving ‘The Real Housewives of Atlanta’

NeNe Leakes has just announced on her YouTube channel that she would not be returning to the show, “The Real Housewives of Atlanta” next season.
Read more

Beyoncé’s Visual Album, Black Is King Is Here And Everyone Is Freaking Out

Black Is King attempts to celebrate blackness and guess what? To say that the attempt was successful is an understatement.
Read more

Naya Rivera’s Body Has Just Been Recovered from Lake Piru

The body of 33 year old Glee actress, Naya Rivera has just been found. Naya Rivera was famous for her role as Santana Lopez on the set of Glee.
Read more

The Academic Staff Union of Universities (ASUU) is condemning the bill on sexual harassment and rape which was recently passed.
Read more