Diary Of A Teenage Mom 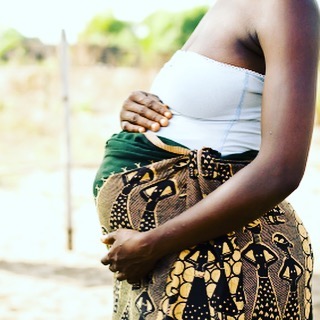 I remember vividly how it all began, it feels like yesterday. My period was 12 days late. I remember being so worried, and then finally, it came. Then, I was so excited. However, the excitement wasn’t for long. My period only lasted for a few hours.

Immediately, I knew something was wrong. I decided to text my friend and she immediately told me to do a pregnancy test. I bought the strip and asked for instructions from the pharmacist. That night, I couldn’t sleep. I tossed and turned through the night. Immediately, it was about 4 am, I stood up and performed the test. Lo and behold, the strip showed two lines, this meant positive. I didn’t even know what to do. I was confused. A lot ran through my mind: my schooling, my parents, how society would react. How was I going to face the world? What was going to happen to my education? I told myself to calm down and immediately daylight came, I called my boyfriend. I was sure he was going to have a solution.

Later that day, my boyfriend came over to see me. I told him everything, beginning with how my period had been late, then how it finally came for a few hours and then concluded with the results of the test.

At this point, I broke down in tears, it was like my whole life was coming to an end. He was quiet, calmer than I thought he would be. I wanted him to scream, ask how this could happen. We had been careful after all. Minutes passed and he finally broke the silence, he said I should tell my mother. My reply was a vehement “No!” I told him that wasn’t even negotiable. I started thinking of how my belly was going to protrude and how my education was going to fare. Apparently, my boyfriend was more baffled because he couldn’t understand how it was possible that I got pregnant. For some reason, he said when he woke up that day, he had a bad feeling that our meeting was going to end on a very sad note. I told him to find a solution as soon as possible…

Watch out for Episode 2 in the next issue dropping soon.