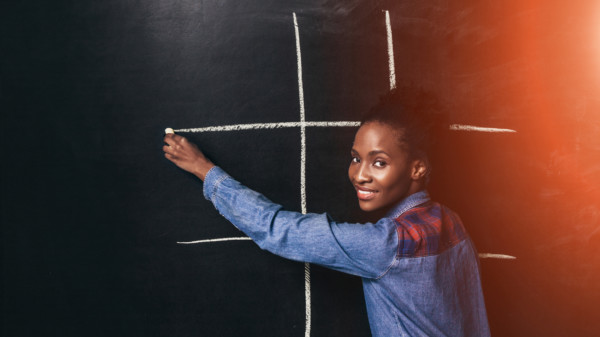 Growing up, there were times when I wished my parents could come to my primary school to give some of my teachers a very dirty slap.

Most of them were amazing, but some simply had no business teaching. For instance, there was one who always flogged me for not being able to tell the time, at age 6. I knew that as long as she asked me I would never know how to because 5 seconds after she says “What O’clock is it?” a long whip would land on my back.

Poor me, I was only trying to catch up with the ever-moving “seconds hand”. It just would never stop, so that I could tell the time correctly. I always wished my mom could sit on her the way I saw Hulk Hogan do in WWE just so she could feel my pain.

I envied my mates whose mothers readily turned up at school the morning after beatings with their scarfs tied around their waists ready to yell and lock the shirts of erring teachers.

Once, I tried to stand up to a lesson teacher who flogged my younger brother mercilessly with a leather belt, because he didn’t do his assignments. I became his victim as well and our parents thought that was good discipline: spare the rod, you would spoil the child.

If I hadn’t attended a secondary school where flogging was a rare event and always a last resort, I wouldn’t have understood the value of words and how words shape us as human beings. The Reverend Sisters that administered my secondary school (Go Louisville!), showered us with teachings about good moral values and when we were scolded, the message sank into where whips couldn’t reach. That was more practical in my own opinion.

We learnt to do things without being pushed or flogged like sheep. If only the average Nigerian got this type of upbringing.

I mean, the average Nigerian disobeys simple traffic light directions, but if he/she hears there’s a soldier with a long whip or Traffic officers waiting to flog or fine offenders, everyone will fall in line. It had to take Ebola for people to learn how to queue up and not push at bus stops. I digress.

So, back to the teacher issue. Some weeks ago, my neighbour’s very jolly 7-year-old daughter came home crying from school. When my sister asked what happened, the little girl said: “My teacher said I’m too black to be the princess at Inter-house sports.”

My sister consoled her and narrated the story to me later that night. I was furious! First off, it reminds me of how many times I got passed over in Primary school when it was time to pick the Princesses during inter-house sports (If you never participated in march-past during Inter-house sports competition in school, you can’t understand the struggle and if you’re not Nigerian, we probably need to school you on this.)

The light-skinned girls always became the tiara-donning Cinderellas. It was never a chocolate girl like me. I had a Chinese-Nigerian friend who was always Princess during inter-house sports and was automatically picked to play the role of “Mary” the mother of Jesus during the Christmas play (Hello Mary Joaness!)

If you weren’t fair-skinned, you just weren’t considered pretty enough. Thank God complexion had no role to play in academics, else we would have sat through all the prize-giving days.

Anyway, I had a personal chat with my neighbour’s daughter and she confirmed what her teacher had said. There and then, I made up my mind I was going to show up at her school the next day to fight for her like the superhero moms from when I was a little girl.

Well, a few hours later, when the activist in me had calmed down, I decided showing up to fight would make no sense. The girl’s mother didn’t even see it as a big deal. And that was where my work began. After a chat with her mom, I promised myself that each time I saw that girl, I’d call her “Miss World”. At first, she was shy but I see how her face lights up these days. It’s a gradual process.

Reinforcing ridiculous beauty standards in little girls goes a long way in building up their self-image. Not everyone bathing in carrot creams and all sorts these days do so because they simply want to pamper themselves; someone, somewhere, reinforced the idea that fair girls are pretty and chocolate or dark-skinned girls are a No-No. Then these same people who claim that fairness of complexion is the ideal beauty standard, can’t stand albinos.

I wish someone could have shut that teacher up when she was spewing such folly in the presence of several other little girls. I’m glad I could teach my neighbour’s daughter otherwise. However, there are many more teachers and even mothers out there who teach little girls directly or indirectly about the unfair beauty expectations of society.

If you’re reading this, I hope you feel a sense of duty to counter the damage that is being done to the self-image of these children. I hope you teach our little girls that they are beautiful no matter the colour of their skin, height, hair colour or texture. That they are perfect little images of God and that right there in their little palms is the future of our world.

If you can’t or won’t do this please make sure you’re not contributing to the silly stereotypes.

Melanin drizzles and a splash of confidence,

AnuOluwapo Adelakun
About AnuOluwapo Adelakun
AnuOluwapo Adelakun is a passionate girl child and women rights advocate working on issues affecting marginalized girls and women in Nigeria. She’s a UNICEF Voices of Youth alumni, Carrington Youth Fellow of the US Consulate in Lagos, Nigeria and a UN WOMEN/Empower Women Global Champion for Change who grooms and mentors girl leaders across the globe.