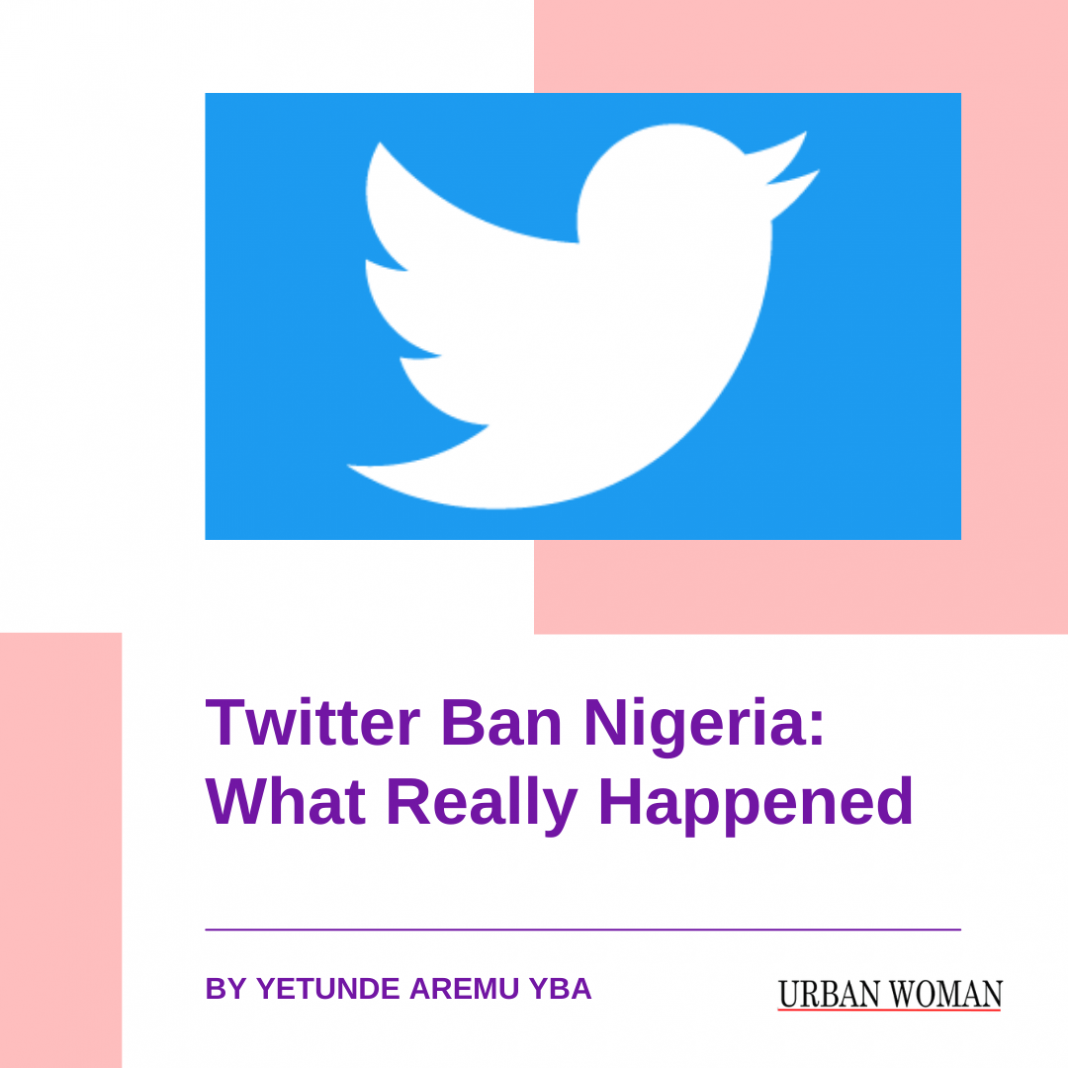 Nigeria woke up on Friday 4th June 2021 and we the citizens didn’t expect the bomb the Federal Government was about to drop on our lap. That afternoon at a press conference, The Minister For Information and Culture, Alhaji Lai Mohammed, announced the suspension in a statement issued in Abuja. He said the government of Nigeria has indefinitely suspended the operations of Twitter in the country. The statement accused the company of tolerating “activities that are capable of undermining the country’s corporate existence.”

For a minute, it felt like a joke, like a bad dream and almost like an empty threat. I think we all just hoped and waited in trepidation to see if the government was really going to take action. They didn’t waste time at all. By that evening, there were gradual reports of people being unable to access their Twitter accounts. Tweets were not loading. The telcos cut off access to the app and by midnight, everyone started to log in using alternate routes like VPN.

In the original tweet, which was widely perceived as offensive, the president warned that anyone who attacked public infrastructure in the country’s southeast would be treated as “animals.” In the now-deleted tweet, Buhari wrote

“Many of those misbehaving today are too young to be aware of the destruction and loss of lives that occurred during the Nigerian Civil War. Those of us in the fields for 30 months, who went through the war, will treat them in the language they understand,”

The other not so obvious reason for the Twitter ban is the #ENDSARS protest of 2020. It will be recalled that the country experienced what is now referred to as its largest and most publicised protest in October last year. The protests were generally peaceful all over the country until things turned bloody by the end of the second week. The government met the protesters with serious resistance and this resulted in shootings and assault of peaceful protesters.

The Nigerian government went through a series of motions during these protests but one thing that was clear was that Twitter gave the youths of the country a platform to share and protest. The hashtag for the protest #ENDSARS trended worldwide and gained recognition all over. The CEO of Twitter Jack Dorsey even tweeted in solidarity and created an icon for the movement.

This and a series of other events led to the international community mounting pressure on the federal government of Nigeria which was not welcomed. The government also saw first-hand how the youths organised and crowdfunded the protests 100%. This made the government embark on a crackdown project against any citizen who was protesting.

In the aftermath of the shooting and killings of protesters on October 20, 2020, online leaders of the protests were identified by the government, Their accounts were frozen and some even had their passports seized and were put on a no-flight restriction.

Subsequently, the lawmakers proposed a bill to regulate social media in the country. This sparked further outrage by the citizens again mostly via Twitter. So while the deletion of the President’s tweet might look like the reason for this Twitter ban, the government has actually been looking for a way to regulate the freedom of the citizen to tweet, share, start protests and most importantly, put the country and the government on a blast for a while now.

As a young Nigerian who uses Twitter and other social media apps, I am very concerned and frankly saddened by this development. Social Media over the years has changed and evolved the way we do business and relate with one another. For us in Nigeria, Twitter is our platform to demand justice, talk to our leaders, conduct business, crowdfund for the helpless, find kidnapped people, bring light to issues of assault, rape oppression and frankly anything and everything.

Twitter has become our emergency contact line. Our 911. So what does the government expect us to do? Stay muted and silent forever? This is a country where the president isn’t always available to address the citizens. The President’s aides and team actually address the citizens through Twitter. As a matter of fact, the ban on Twitter was announced ON Twitter. The Irony.

Since this ban, millions of dollars have been lost in revenue by the citizens who rely on the app’s social and digital marketing aspects. The truth is not everyone can afford VPN. The free versions open up the users to security breaches like identity and data theft. What happens to the voice of the people? What about the constitutional right to freedom of speech?

In a recent development, just days after the Twitter ban, Justice Minister Abubakar Malami ordered the prosecution of individuals who violated the ban on Twitter operations in the country. In a statement, said he has “directed for the immediate prosecution of offenders of the Federal Government ban on Twitter operations in Nigeria”, telling the public prosecutor to “swing into action”.

The national broadcasting regulator, NBC, has also been told to begin “licensing all internet streaming services and social media operations in Nigeria”.

So the question is, what does this mean for Nigeria’s democracy? Are we still practising democracy? It should be noted that the lawmakers both at the lower and upper houses of representatives have kept mute while all of this is happening. What happened to checks and balances? Are we in a military regime?

And Finally, Will Twitter be back? We wait as events continue to unfold.

Read Also: Can Modern Feminism Start the Discrimination of Men?