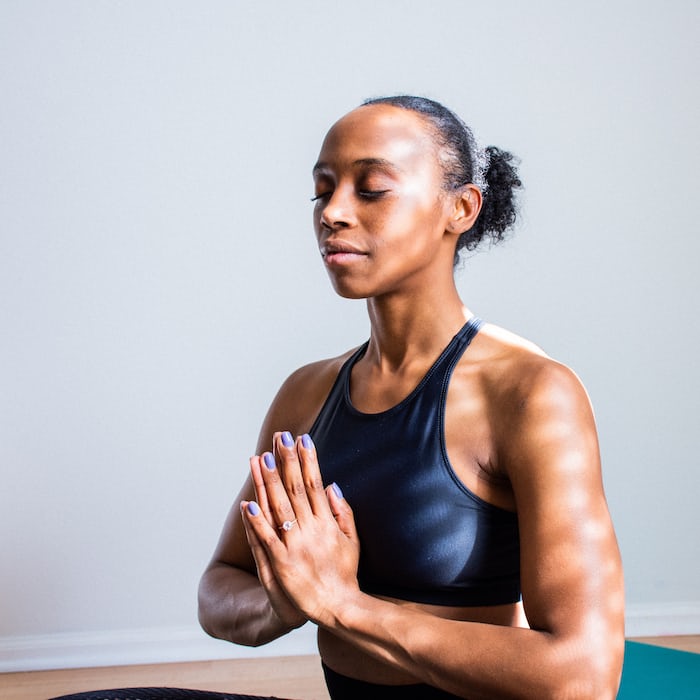 One of my favourite shows on Netflix definitely has to be Bridgerton. I intentionally made sure to watch it once the hype had died down online so that I could enjoy it outside the noise of other people’s comments.

Now, one thing I remember feeling super shocked by was the way women in the series were made to wear very very tight corsets under several layers of clothing. The whole thing seemed absurd to me.

Like yes I know there’s sexism and all but why did some women in the show glorify being uncomfortable?

I tweeted about my discomfort with its normalisation and one of my Twitter followers said: “In that century it was [normal]. Can never be me. Bras are uncomfortable as they are, can’t imagine a corset.”

As someone who has above average breasts, as my breasts grew as a teenager, I began to detest bras. Not just the actual physical pain they can come with. But the expectation that women must once again alter our bodies in order for men to feel comfortable.

The comment from my follower on Twitter made me wonder if in a century from now, the women after us would wonder why we as women were subjected to wearing bras even though we didn’t truly want to wear them.

I’m a feminist who believes in discussing body autonomy when it comes to women’s bodies. Because I live in a patriarchal world, sometimes one has to bend a little to fit in and avoid harsh stares.

Personally, I do not wear a bra when I’m not going to a very far place. If it’s somewhere around my street I don’t wear one, but if it’s to an event I wear one. The only reason why I haven’t burned my stash of bras is because I have to admit that I do not have the courage to abandon them totally for fear of reproach and harassment.

There are women who love wearing bras to the extent that they insist that their female relatives wear bras even at home if they are visiting them and especially if there are children around.

While I want to pull the argument of “choice”, I can’t help but wonder at the many choices women make that are rooted in satisfying the wishes of patriarchy.

It is a woman’s choice to wear a bra and to dress how she feels comfortable. But if there is punishment for not wearing a bra, can we truly say that it is a choice born out of happiness?

Can we say that fear isn’t a deciding factor even in that choice?

Speaking with Aaliyah, a clothing store owner, she explained that her dislike for bras is because it makes it difficult to breathe. She also affirmed my thoughts that harassment may be a deciding factor when “choosing” to wear a bra.

In her words: “I hate bras. Sometimes, I struggle to breathe with them on, and I cry when I have to go far and have to wear one because society expects it of us. One time I was traveling back home and I started crying in the bus because I was struggling to breathe. I don’t wear it around the house, or around my street.

I only wear one when I have to go far or travel, and I hate it.

One time I went to buy food and the food vendor gave me money to buy a bra and really embarrassed me; she said she didn’t ever want to see me outside without a bra.”

Sometimes, the size of a woman’s breasts and the shape of her nipples can be a deciding factor in her choosing not to wear a bra or to wear one. Joan, a woman with relatively small breasts tells me that she wears bras because sometimes her nipples show and bring weird stares.

To quote her: “I think bras are pretty uncomfortable and no one should be forced to wear them if they don’t want to.

Personally, I don’t wear bras except the clothes I’m wearing will absolutely show my nipples in a way I wouldn’t find comfortable.

I faced a lot of teasing from my sisters and they always acted so shocked when they saw me dressed to go out and not wearing a bra underneath. But I’ve always had a strong will so they knew they couldn’t make me do anything I didn’t want to.

Market women would also stare and make you feel weird. But I don’t think I ever had the judgement as bad as bustier women because sometimes people may not be able to tell the difference.”

Speaking with Temidayo, a content creator and writer, she put Joan’s thoughts perfectly when she explained that the judgement is harsher for bustier women.

In her words: “I wear a bra only when I want to regardless of the distance. Who says I must wear it? It’s uncomfortable. And whoever is uncomfortable with the sight of my bouncing baby girls should go to therapy for the trauma caused.

The bullying of women to wear bra is not rooted in morals or concern, or else we won’t be hearing things like “then wear a bra since you have saggy breasts to avoid insults.” It’s okay to go braless if Samantha and Rachel look a certain way, but if the bow to gravity, it is not okay.”

She went on to say: “That invention is unhealthy and I blame capitalism for being a tool that upholds it. Recently, a thought crossed my mind that bra production companies probably hire people to shame women who go braless. I will not be surprised, it’s a sick world.

As a woman with gigantic breasts, mentioning going braless makes people convulse and I love to see it.

Though I intend to get a reduction surgery in the future, the size of my breasts won’t stop me from being comfortable now.”

She concluded by saying: “No matter how comfortable the bra is, it’s not as comfortable as freeing your nipples, breathing well, and not having to deal with the pain the straps and hooks leave behind.

I will wear a bra only when I want, not because I’m expected to wear it at all times to look a certain way or to make people comfortable.”

We cannot have true body autonomy for women if women’s dressing choices and even our outlook of comfort are born out of fear of being harassed.

If women mostly put ourselves through discomfort because we want to lessen harassment which still happens when we wear a bra, then it must be said that that “choice” is one created from a place of sexism.

Previous article
Channing Tatum Opens Up About His Relationship With Daughter After Divorce From Jenna Dewan
Next article
The Life and Career of Eve Jobs: Heir to a Tech Legacy and Rising Model Star