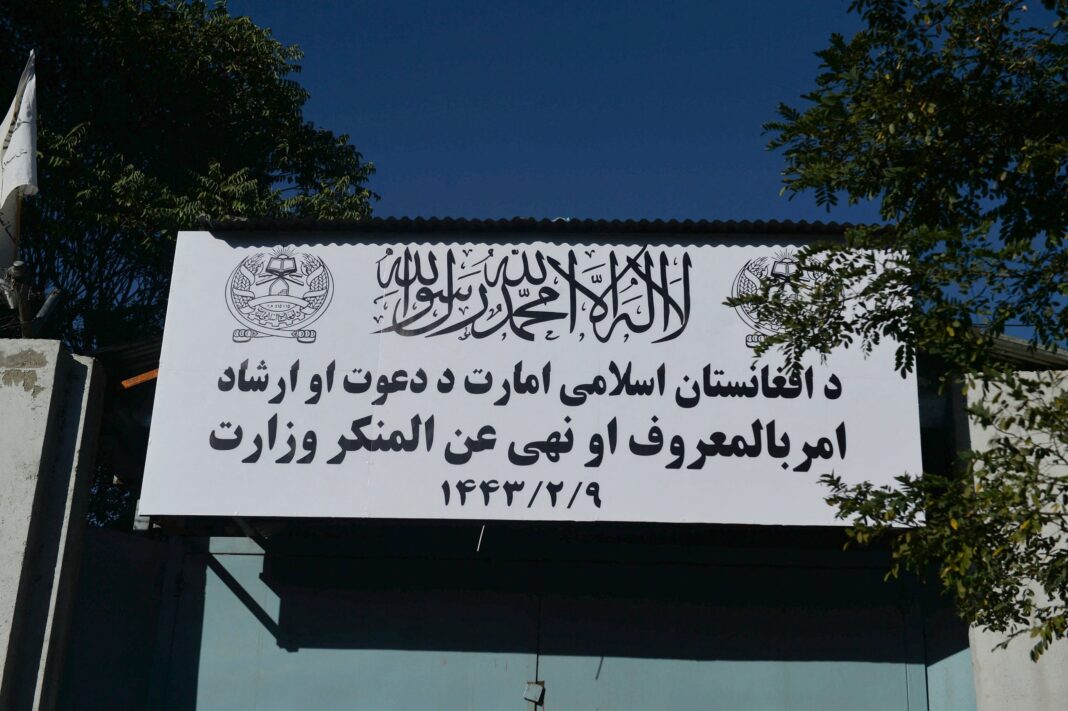 The Taliban has shut down Afghanistan’s women affairs ministry and in its place has emerged the ministry for the “propagation of virtue and the prevention of vice”.

This ministry has been tasked with enforcing Islamic law. This move by the Taliban sparked a protest outside the ministry as dozens of women called for the participation of women in government and public service.

Mohammad Yousuf, a member of the Taliban told the New York Post that, “The main purpose is to serve Islam. Therefore, it is compulsory to have [a] Ministry of Vice and Virtue.”

The Taliban has also ordered female government employees to stay at home as their work will be replaced by men, with exceptions being made for women who could not be replaced by men. This decision is another sign that the Taliban would definitely not be protecting the rights of women as they had earlier promised.

The decision to replace female workers with men is not the only restriction that has been put in place as the  Taliban has also announced that female middle and high school students cannot return to class. However, boys have been allowed to resume classes.

It will be recalled that in the 1990s, under the Taliban’s previous rule, girls and women were also barred from going to schools or taking up jobs. In the coming months, we may be seeing a repeat of the past.