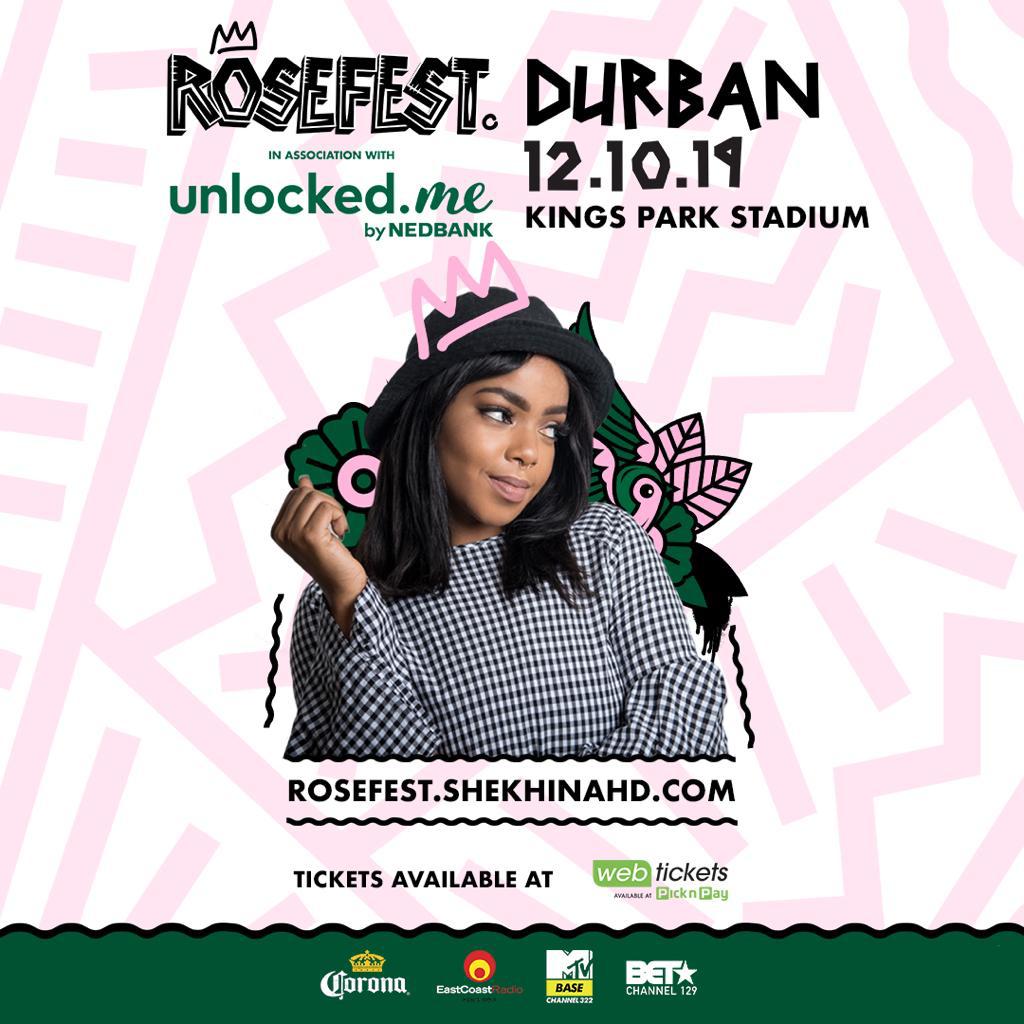 This October, Shekhinah is taking Rosefest festival to Durban. Rosefest is a self-produced festival and the first edition took place in Johannesburg on South Africa’s National Women’s Day, August 9.

This October, Shekhinah a singer, song writer and producer will be taking the festival to her hometown of Durban. It would take place on the 12th of the month at the Kings Park Stadium Outer Fields.

In October, the singer, songwriter and producer is taking the festival to her hometown, Durban. Rosefest Durban will take place on the 12th of the month at the Kings Park Stadium Outer Fields, a day after International Day of the Girl Child on October 11th .

In a press release, Shekhinah says

I’ve never had my own show in my own hometown. It’s pretty exciting and scary at the same time although we have done Rosefest once before it’s a completely different city with a completely audience.

According to her, she has hopes that it would feel more like a homecoming than anything.

Rosefest Durban is carnival themed and has an all female line up just like the first edition, Rosefest Johannesburg which included DJ Zinhle, Moonchild Sanelly, Simmy, Sho Madjozi and Busiswa among others alongside Shekhinah as the headliner.
However, the line up for the Rosefest Johannesburg hasn’t been released.

Rosefest gets its name from Rose Gold which was Shekhinah’s debut album which she released in 2017. Rose Gold was certified platinum by RiSA (Recording Industry of South Africa).