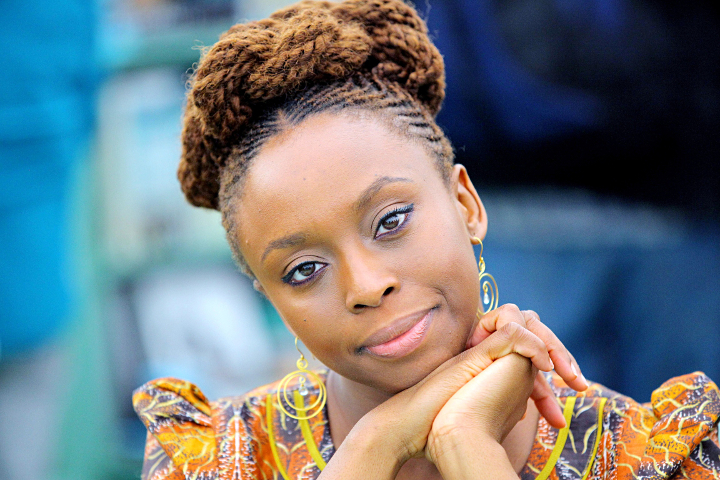 Declaring that she had time, she addressed Nigerians who called her out for asking Hilary Clinton why she had “Wife” as the first word on her Twitter bio.

I am tired of Nigerians who read a headline and, without bothering to get details and context, jump on the outrage bandwagon and form lazy, shallow opinions.

I am tired of Nigerians cynically thinking of anybody in public life as a “brand”. No, I am not a brand. I am a person who feels strongly about certain issues. I choose to talk honestly about them. I made the choice to talk about feminism knowing very well the kind of hostility it brings, but I think i’s important and I will continue to speak my truth and hope to bring about some change, no matter how small.

She also went on to acknowledge that though Feminism is about choice, it would be lazy to not question those choices.

Feminism is indeed about choice. But it is intellectually lazy to suggest that, since everything is about “choice”, none of these choices can be interrogated. Choices are never made in a vacuum. And sometimes, for women, choices are not always real choices.

Following the conversation on social media, one gets the feeling that people did not have an in-depth knowledge of how the interview went down and so many people only gave remarks based on a headline. We also have to ask why some men are always on the defensive when it comes to anything which relates to feminism and true women liberation. Most of her critics are men and one begins to wonder why they get goose bumps when women ask questions about the status quo.

It would be too great a burden to ask any woman to expect much from men in a society where a senator has been quoted saying that women should not be given equal rights so they do not overtake the men. What that even means, we really do not know. But one thing we are certain of is that we love Chimamanda’s reply.

Read Also: Daddy Freeze addresses Chimamanda Ngozi Adichie’s question to Hillary Clinton and we do not think it is necessary