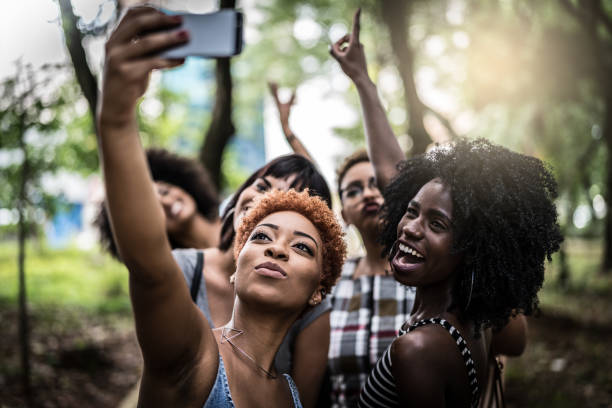 One of my best African feminist novels is Everything Good Will Come. It was written by Sefi Atta and has themes such as female friendship, mother-daughter relationships and divorce.

One statement from the book which has stuck in my memory was when the main character’s mother told her something along the lines: “Never make sacrifices for a man. The minute you stop they never forget. The minute you complain they also never forget and shall label you a bad woman forgetting how you bent over backwards”.

There is nothing more true than that statement.

I think of it often when I see women convincing themselves that even bleaching their skins would get men to love them. I think of it when I observe women shame other women who do not want to protest or participate in fights or revolutions whose goals would not see women’s needs guaranteed.

But why do women feel the need to prove our efficiency to men? The truth is that men already know that women are raised to be more than disciplined and efficient.

This, as opposed to speaking on women’s strength as a pathway to rising like a phoenix from the battles life presents.

To better understand the harmful effects of women proving their worth to men and sexist people in general, I spoke to three women.

Speaking with writer Amarachi, she says that women’s need to overcompensate comes from our socialization which makes us want to be in the good books and service of everyone we encounter.

In her words: “I see women like this as women who haven’t yet discovered themselves. It’s very damaging to view yourself in this way, like a vessel to serve the men in your life, and to prize male validation over everything.

Because if you let them, men will push you to your breaking point. So when I meet them, the overwhelming feeling is sadness and pity. And I wish they would know that they’re more than a womb to bear children, or hands to feed mouths or some home maker. They shouldn’t have to stay in dangerous, toxic or even just uncomfortable situations because they feel they need to please or cater to a man’s ego. Their wants, their comfort is just as important as that of those around them.”

For journalist and transcriptionist Aisha, even proving your worth to men is no guarantee that you shall be granted the benefits of care and respect. She told me: “Well, I think it’s usually pick me’s that do this, and it leads to nothing. Cause I have personally not attempted to prove any efficiency to men, and I have not had any issues regarding that in my relationships.

Any woman that is doing that is wasting her time. The man will leave you for a woman who doesn’t cook, who cannot clean. My friends that are married are the ones in school that don’t wash their clothes. The ones that are forming wife material are single. It’s a loser’s game, and no woman should try that rubbish.”

When asked to share her thoughts on why women feel the need to prove our efficiency to men, Elohor, a writer and editor had this to say: “The women are mad. 😆

I’ll understand their madness sha; after all, I used to say I wasn’t one of those feminists.

We’re raised to pander to the patriarchy, as if men are the prize. Not everyone has left such shackles, sadly.

“Can you cook soup with 2k naira?”

And women would be in the comment section trying to prove themselves to an imaginary man. One day, I called him out and we stopped being friends.”

Elohor went on to say: “My favourite Youtuber has a series on how she prepares to be a wife. I ain’t seen no man ever do that. Someone has asked in the comment section if her man also does the one for men. It’s so bloody weird.

There’s always the imaginary man/husband hanging over our heads.”

She concluded by listing some examples of sexist comments levelled at women to make us strive for male attention. They were:

‘Nor fat pass so o, wait till you see husband fess.’

‘When will you relax your hair? You know men don’t like natural hair.’

‘I don’t want your husband tomorrow to insult me that I didn’t raise you well.’

From talking with these women, it is more than evident that so long as sexist structures are infused into everyday life, women would always be at a loss.

It is therefore imperative that feminist women too learn to preserve our energies, focus on eradicating sexist norms from the root with boys and girls and stop seeing any adult sexist man as a project to be saved or converted.

Previous article
Festivity But Not For Women
Next article
Why Do Women Self Erase On Social Media?