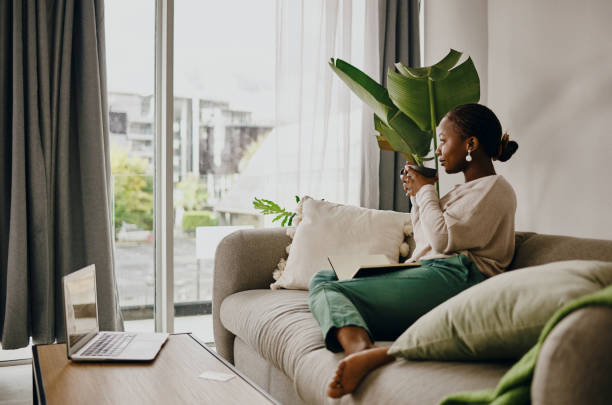 This happened when she asked the American politician Hillary Clinton why the latter used the descriptors of “Wife” and “Mother” as the first things on her Twitter bio.

Although Twitter circles were filled with epistles on how Mrs. Clinton’s decision to put her marital roles before her career achievements were her “choice”, eventually Mrs. Clinton did change her Twitter bio to have her political history first.

That incidence and the subsequent responses from women sparked discussions that have stayed in my memory as someone who once worked in social and content strategy.

For instance, I began to question why it is often women who delete all their pictures on Instagram and start posting only from the wedding photoshoots.

In some extreme cases, the women deleted accounts that had given them incredible opportunities, created private Twitter and Instagram accounts and were basically wiped off the digital atmosphere.

As someone who is very particular in documenting women’s voices and stories away from the stereotypical roles of wife and mother, I have often questioned why women and especially African women are quick to put wife and mother in their bios.

They often do this before they put their work and the value they bring outside of being wives and mothers.

Now, I am not the biggest fan of marriage but this is not to say that wanting marriage and wanting children are bad. It however is to question why it is mostly women who treat marriage and children as things that make them reborn.

And not just reborn, but reborn in a manner that violently strikes off whatever they did before a ring and the birth of a child.

This disparity becomes more glaring when the same women have husbands who don’t delete their pictures and hardly ever put that they are husbands and fathers on their social media bios.

The most their husbands will do is post the wedding pictures, and occasionally post their wives but it is almost as if they make intentional efforts to be known for their careers on first look.

The erasure of women’s stories and voices on social media goes beyond marriage and relationships. It is important to note that due to how women have been raised to see silence as a virtue, more women find it hard to advertise and put ourselves and our businesses on social media.

This makes it harder to achieve career success in a world that is fast becoming digital such that women do not benefit from what the internet can give due to how we lower our voices even when qualified.

In addition, social media erasure of women happens when feminist women on apps like Twitter have their work sidelined. A good example of this is the situation of Karo Omu, the founder of Sanitary Aid NG. She was criticised for using social media to canvas for support for women suffering from period poverty.

However, when other men came into the picture they were praised and it was almost as if the work she did was non-existent.

Incidences of bullying on social media can make women stop talking online. However, it is sadly interesting to note that even men who are known and outed abusers continue to speak online with so much audacity. It is women who have done no wrong that are expected to hide our heads in shame.

This inadvertently sends a message to young girls watching that silence is a woman’s calling.

It is not only married women who fall to the expectations of performing being owned by a man to social media.

For women who are dating and are not married, this takes the shape of them being eager to tweet about their men almost manically using the phrase: “This man”.

While it may seem like harmless fun, oftentimes like their married counterparts, it is often done to prove that they too are loved and spent on by men.

The side effects of both situations is that while people give some level of respect, it puts pressure on you to perform the relationship even when it’s not working. It also makes it appear as though all your work and achievements now take backstage compared to your relationship.

Speaking with baker Enifome, she tells me that she has issues with using terms like “this man” and that she believes women are raised to see themselves first as wives and mothers before anything else.

In her words: “Everytime I say “this man”, something pricks at my heart and so I say it a little less. I’ve never sat with why I don’t feel comfortable saying it but I will think about it.”

When asked to comment on the reason for women self erasing on social media she went on to say: “I think that it’s because a lot of women have no dreams and goals aside from being a wife and mom. So once they achieve that everything else takes a back seat and they have to prove that they’re being a good wife and mom.

In a just world, women would not be viewed first on what their bodies can or cannot do.

Women will rather be granted respect on the basis of their humanity and especially on how they make a community a better and more livable place.

Until that world is created, we shall continue to have cases of women and girls reducing themselves and losing opportunities due to fear.