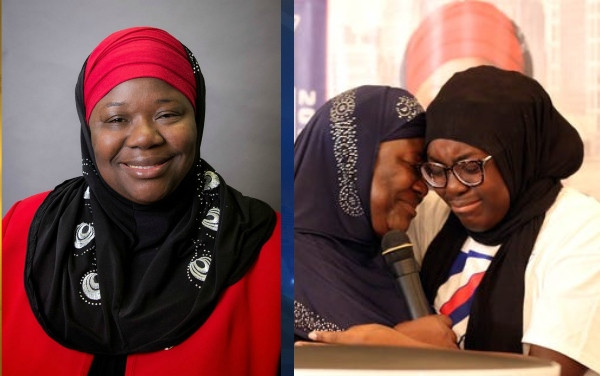 Zulfat Suara, a US-based Nigerian woman has made history by becoming the first Muslim to be elected to a Metro seat in Nashville. Months ago, she made headlines after she declared her interest to contest for political office.

In August, Suara won a run-off amid a crowded field for an at-large seat on the city government. There were just 5 vacant at-large seats and 15 candidates were vying for the positions. Incumbent Bob Mendes won one of the seats, leaving four seats which Suara and seven others fought for in the elections.

Now that she has won, she joins Bob Mendes, Sharon Hurt, Burkley Allen, and Steve Glover as the newly elected members.

In 1993, Suara migrated from Nigeria to Tennessee in the United States after her husband was offered a fellowship at Vanderbilt University in Nashville. Zulfat Suara soon made Nashville her home and founded an accounting firm in 1998. Till date, that accounting firm has worked with several counties.

According to Suara, she wants to give back to a city that has given her so much. Zulfat Suara has expertise in budgeting and this would serve Metro Council well especially since it forms a large part of what the council does.

The Certified Public Accountant works as the Assistant Controller at Meharry Medical College.

On the Election Commission’s website it was revealed that Suara polled 34,237 votes which is exactly 13 percent of the vote. When the early voting results were tallied she was not among the top five. She however sealed her spot on the election day September 12, by defeating district council member Sheri Weiner for the fifth and final spot.

If she is confirmed by the Election Board, Zulfat Suara would become the first Muslim elected to the Metro Nashville Council.