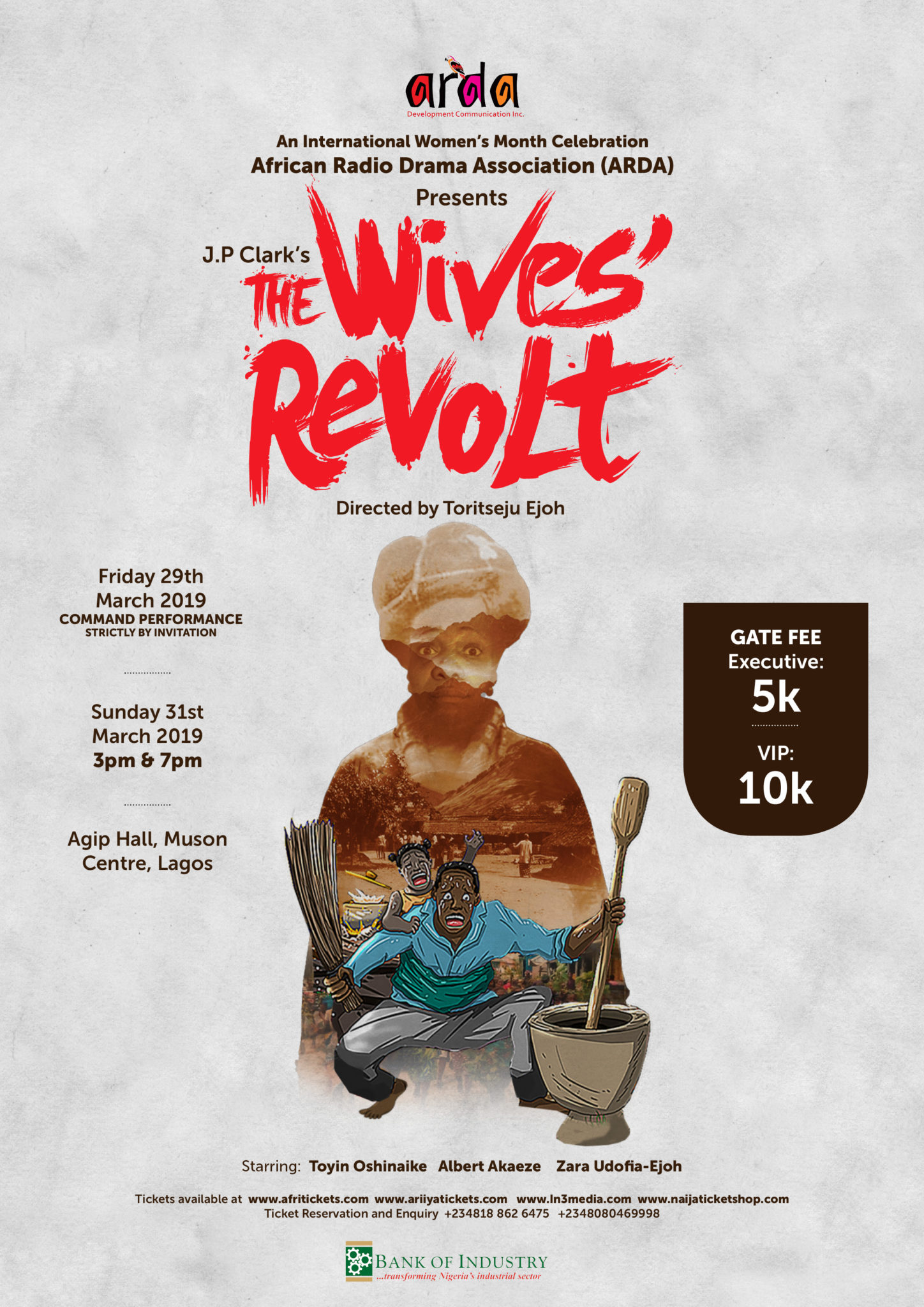 ARDA, the foremost Development Communication NGO, with over 20 years of changing norms and behaviours through drama and entertainment, is excited to celebrate International Women’s Month with the production of The Wives’ Revolt, a stage play by the literary icon, JP Clark.

When a small community in the Niger-Delta receives a payout from the oil company drilling their land, it turns out to be the kindling that stokes the flames of revolution in the women of the town. The money is to be shared three ways- elders, men and women- with the community elders getting the lion’s share. The women of the town, who have long suffered injustice and marginalisation complain about the unfairness of this arrangement; the elders are also men, meaning they enjoy a second helping from the payout. 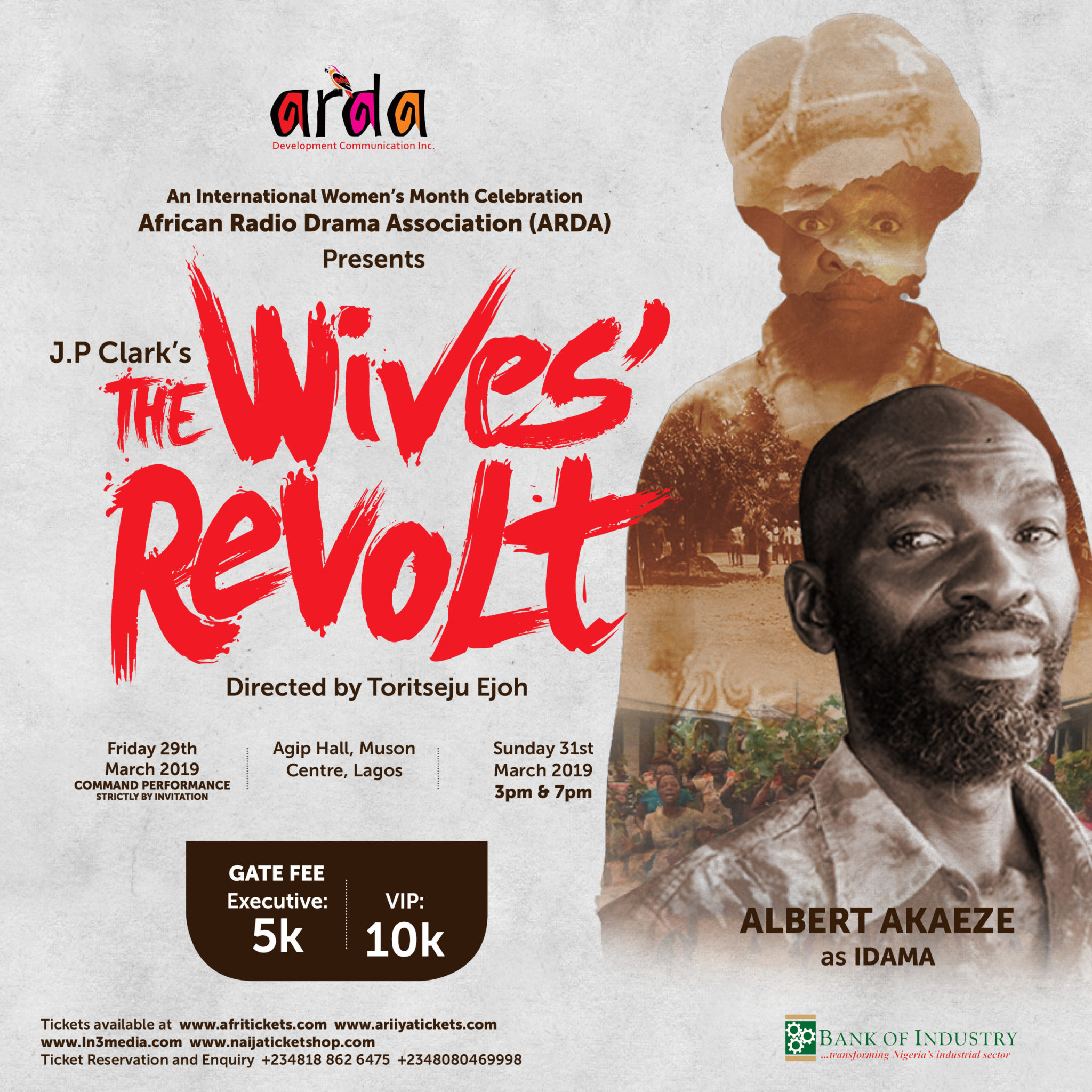 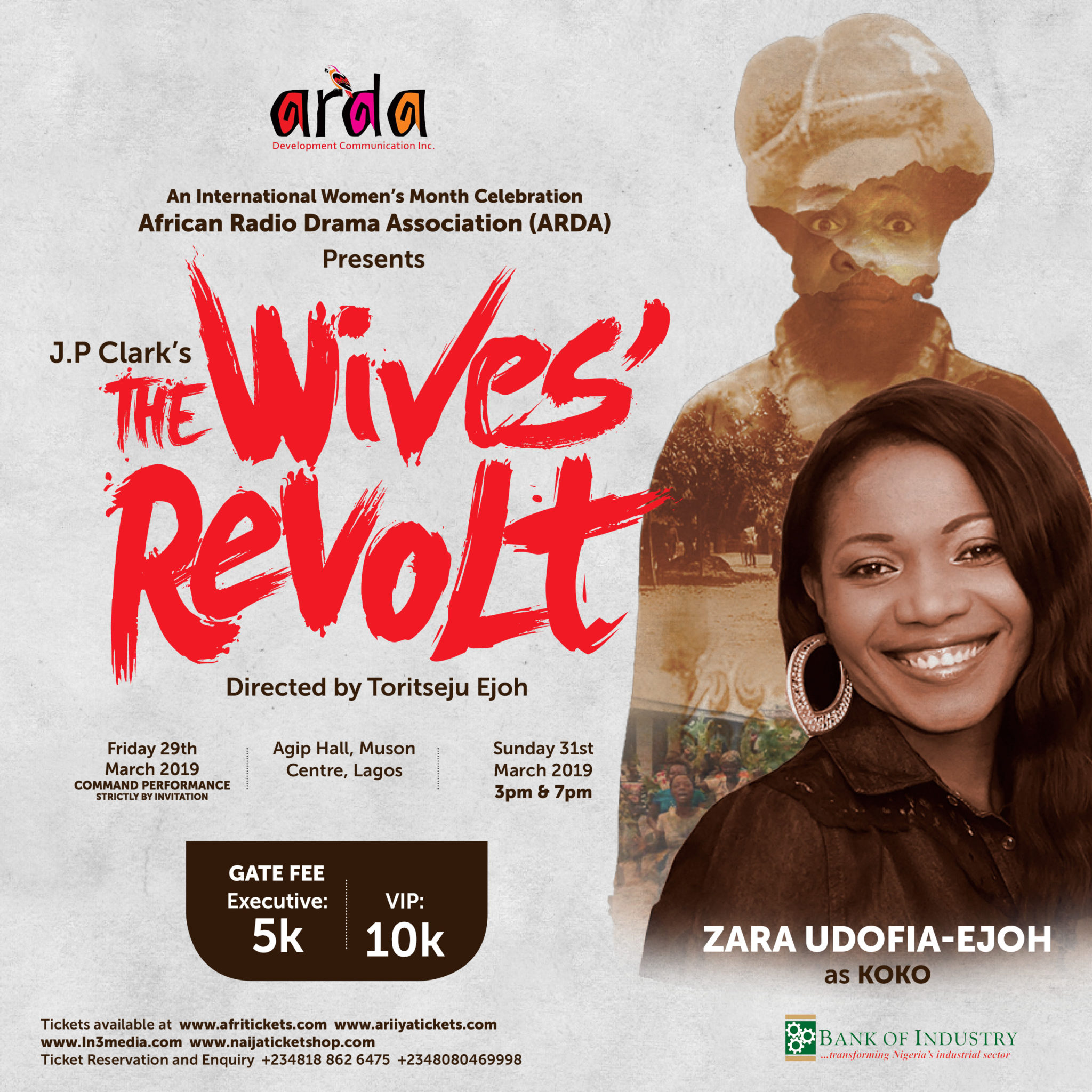 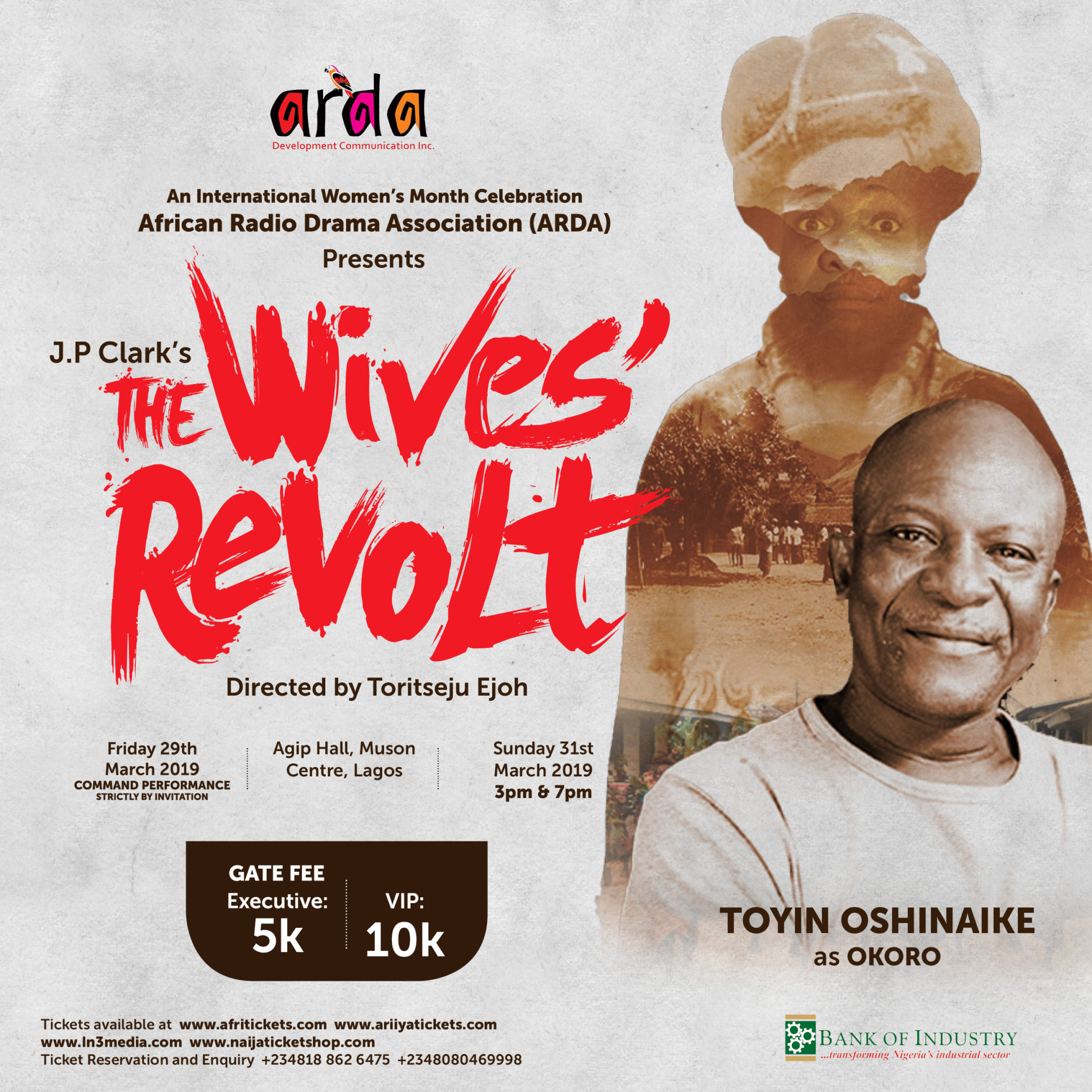 The women’s complaints are silenced in a ridiculous way involving accusations of witchcraft. When these accusations lead to further hardships on them, including loss of their livelihoods, the women in “one might and mind” say enough is enough and take action in a most unorthodox way

As we celebrate International Women’s Month and reflect on its theme of #Balanceforbetter, we bring to you The Wives’ Revolt, a play about the marginalisation of women and the injustices they face in life, and what happens when women in one community decide to stand up against their oppressors and oppression with the support of a few good men. The play seeks to highlight the ignorance and unconsciousness of men on certain issues that remain important to women.

Even though nearly four decades have passed since The Wives’ Revolt was first staged, the themes of gender inequality and misogyny remain relevant today. Some things have changed for the better, but there is still a lot of work to be done, and we hope our production inspires a positive revolution towards more gender equality in our day to day lives.

The play features a stellar cast comprising some of Nigeria’s finest Theatre exports, Toyin Oshinaike, Zara Udofia Ejoh and Albert Akaeze as directed by Toritseju Ejoh. It opens on the 29th of March 2019 with a command performance and two public showings at 3pm and 7pm on the 31st of March 2019 at the Agip recital hall of the Muson centre Lagos.