Weddings are beginning to take off after the pandemic, and more Aso Ebi styles are being released as Nigerian women keep proving that when it comes to style, they are a force to be reckoned with.
Read more

Nancy Pelosi is the 52nd Speaker of the United States House of Representatives and currently the second most powerful woman in the U.S after Vice President Kamala Harris.
Read more

Starting this October, Taxify begins operation is Ibadan and Owerri. This has led it to become the first top-tier e-hailing service to expand beyond Lagos and Abuja.

Taxify is a simple e-hailing service which is a cell phone based transportation app. It lets passengers easily, quickly and cost effectively request for a cab. The driver requested arrives to pick them up almost instantly, and takes them to wherever they want to go. 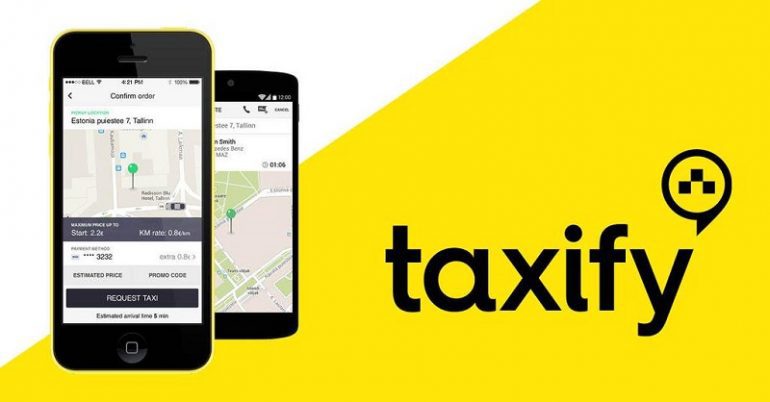 The company’s expansion to Ibadan and Owerri was in response to requests from passengers and drivers. Ibadan and Owerri have become the third and fourth cities in Nigeria which Taxify operates in. This is in addition to Lagos and Abuja.

After our successful launches in Nigeria’s main centres, expanding to the cities of Ibadan and Owerri is a natural next step for Taxify.

We’re looking forward to introducing these cities to safe, reliable and affordable ride-hailing services on demand, and introducing flexible employment opportunities to thousands of drivers and vehicle owners in both cities. It’s easy to use.

Passengers simply download the secure and free Taxify app from the iOS or Android app stores and set up a user profile. When they’re ready to ride, users open the app, set their location and their intended destination. The app will then give a cost estimate for the trip.

Once passengers request the ride, the app alerts drivers nearby who accept the ride. Once a driver has accepted the ride, passengers will be able to see their driver’s name, photo, car make and model, and registration, as well as be able to track the driver making his or her way towards them in real time – all of which makes it easy to be sure that they get safely into the correct vehicle with the correct driver.

According to Uche Okafor, popular trips in and around Ibadan such as UI to Palms Mall, Ring Road wouldcost between N1,400 – N2,100, Akobo to Ventura Mall Samonda would also cost between N1,000 – N1,300 and Samondato Cocoa Mall, Dugbe would cost between N700 – N900.

Passengers and drivers can rate each other out of five stars and leave any comments using the Taxify app.

Before Taxify launched in Ibadan and Owerri, customers wanting to use a driver service had to stand on the road, call a taxi and negotiate pricing with them.  Passengers would not be able to share their travel details with friends and loved ones or contact the driver in case of forgotten items in vehicles.

To celebrate Taxify’s launch in both cities, Taxify will be offering a 20 per cent discount on all fares for the month of October 2018, and passengers can enjoy a free first ride with the promo codes HELLOIBADAN and HIOWERRI when they apply the promo codes using their debit cards.

Taxify has already signed drivers up to the platform in both cities, who all receive 85 per cent of all fares paid by passengers – a significantly higher percentage than what drivers using other similar platforms receive. “What’s more, drivers using the platform are their own boss, as they can choose how many hours they drive, there are no monthly dues, and they can work in whichever areas they want to.

For a driver to qualify, such a vehicle must be a 2003 vehicle model or newer. The car has to be four-door (Toyota Corolla, Hyundai Accent, Kia Rio, etc) and must have passed a safety inspection.

This means that everyone hailing a ride through Taxify can be confident that they will get to their destination safely and comfortably.

Taxify has been hugely successful in every city where it has launched since commencing operations in Nigeria in 2016.

Launching in Ibadan and Owerri are particularly exciting for Taxify, because everyone in these cities can now call cost-effective, quick, reliable and convenient rides from wherever they are to wherever they want to be.

Whether you want to display your alumni hangout pictures or a recent family vacay, canvas prints are the best way to transform your wall and liven up your space.
Read more
Fashion

Weddings are beginning to take off after the pandemic, and more Aso Ebi styles are being released as Nigerian women keep proving that when it comes to style, they are a force to be reckoned with.
Read more
Profiles

Nancy Pelosi is the 52nd Speaker of the United States House of Representatives and currently the second most powerful woman in the U.S after Vice President Kamala Harris.
Read more
Profiles

Michelle Lieberman is a successful practising physician. She is the daughter of Joanne Lieberman and Michael Lieberman of Silver Spring, Maryland.
Read more
Profiles

Carl Tuna Moskovitz was raised in Evansville, Indiana. Tuna was the eldest of three children born to two doctors. In high school, she was the co-valedictorian, she was also the student council president and she founded her school’s Amnesty International chapter.
Read more