So You Have Sexually Harrassed Or Abused Someone? What Next? 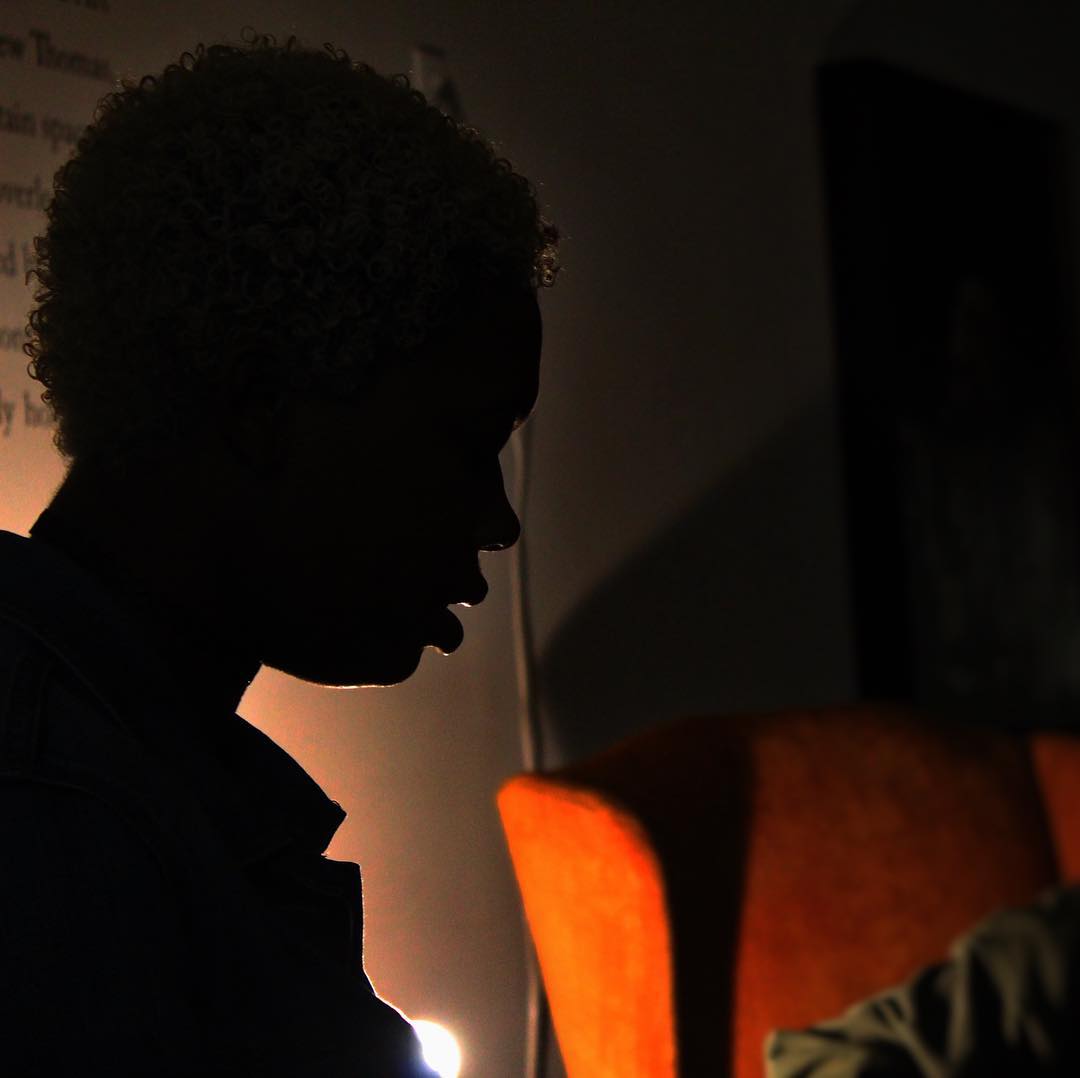 There is a path forward, past denial and scandal and shame.

Are you a man who has been outed as a sexual harasser or abuser? Are you a man who is reading about all these rich and powerful men being brought down by their past transgressions and hoping and praying that the gross shit you did that violated the humanity or autonomy of another human being won’t be brought to light? Are you a man who is right now swearing that you’ve changed, that you are not the foolish man you once were and you are appalled by your past actions, but also you remember them differently, but also you’d like us all to be able to move forward?

Are you a man who has sexually harassed, abused, or assaulted someone and you do not want to be that person anymore? Are you a man who wants to genuinely move past the wrong you’ve done?
There is a path forward, past denial and scandal and shame. There is a path to genuinely being the better person that you want to be. I’m writing this sincerely. I’m writing this because sexual abuse and assault are so very common in our society that chances are, someone I know and love and respect is reading this and knowing that they are guilty. I’m writing this because if we don’t find a way forward, this will keep happening. Even if you never harass or abuse or assault another human being again: If you don’t try to make this right, this will keep happening and you will have helped to enable it.

This society is broken, abusive, patriarchal trash and not just in little pockets or in dark alleys and frat parties.

Are you ready to get started? Here are some first steps you can take.

1. Stop calling your victim(s) a liar.
Don’t slander them, don’t ignore them, don’t try to intimidate them. Don’t try to get your buddies to vouch for how you would absolutely never do anything like this. When you hurt someone, and then tell them to their face that you didn’t hurt them, you are hurting them all over again. Do not make your victim carry this alone.

2. Don’t wait to be accused.
If the person you harmed has not come forward publicly yet, do not just wait in terror for them to do so. Do not force them to take the risk to their reputations, careers, and peace of mind that victims take when they come forward with abuses against them. If you can first come forward to the person you abused in a way that would not add further harm to them, do so. And then be honest with others. If you harassed someone at work, go to your boss and to HR. Come clean with your community. Come clean with your sons.

An important note: Unless you have the permission of the person you harmed, you absolutely must protect their identity and any personal details of what happened that might cause further harm to them to hear or to have their community hear. Anything you do must place the well-being of the person you harmed as a top priority. A simple statement of, “I did this, and it was a violation of this person. It was not okay and I’m very sorry” is a good start.

3. Pause before immediately saying what a better person you are now.
Oh, you just got called out for sexual harassment or abuse but you’re a better person now? How much better? Better because you aren’t harassing or abusing people anymore? Better because when you think about what you did you feel bad? How much better of a person were you before someone had to be brave enough to publicly discuss the pain you put them through? How much better of a person were you when they were carrying the pain of what you did every day but you got to pretend like it didn’t happen? You might be on the way to better, but you haven’t earned the right to make any public declarations of reform yet. Keep reading.

4. Understand exactly what you did.
If you know you did something wrong but part of you is still thinking, “this wasn’t really that big of a deal,” then you need to take some time and do some research. Research how sexual harassment impacts victims. Research rape culture and the lasting effects of sexual abuse and assault. Listen to survivors. Listen to them and respect their ability to interpret what happened to them and the impact that it has had on them. Believe them.

You might be on the way to better, but you haven’t earned the right to make any public declarations of reform yet.

Well, what you did was worse, way worse even from a business perspective. Even if it was “just” sexual harassment. You stole the productivity of the person you harassed, who from then on had to try to do their job and deal with your gross ass at the same time. You likely made anybody else who was aware of what you did feel unsafe, which contributed to low morale and higher turnover. You made your employer look bad. You spent your work hours playing grab-ass instead of doing your job. On top of just being very shitty and abusive, you wasted company time and resources and you deserve to be fired for that.

If you ever want young men to believe in personal accountability you will take these consequences respectfully, gratefully even. Yes, it does indeed suck if you will now find it harder to feed your family but understand that YOU DID THAT. You, not your accuser, not your employer, not an “angry mob” on the internet. You did that. You did that to yourself and your family and your community. Apologize to them for what your actions have brought and know every day that you are not the victim.

If you don’t face any of these consequences, consider yourself a lucky beneficiary of a society that doesn’t give two fucks about sexual abuse and assault victims, and know that you did absolutely nothing to deserve such luck.

6. Use your power for good.
Hey, remember how you felt so powerful and entitled that you were pretty sure you could sexually harass someone and nothing would happen to you? Remember how you were pretty sure that you were so well-liked and respected that nobody would believe sexual assault accusations against you? The power that you had in order to be able to do this gross shit? It’s the power you can use to actually stop this gross shit.

Hey, you hold the careers of other people in your hands and that makes it really easy for you to tell a woman that you’d ruin her if she spoke out about your sexual harassment? It’s literally just as easy to tell the dudes you work with that you’d ruin THEM if they sexually harassed women.

Man, people really like you and look up to you so you have the perfect shield for your past sexual abuses? You also have the perfect platform to start talking about your struggles with toxic masculinity and encouraging other men to do the same.

Are you the dude who all the other dudes try to impress with their sexist jokes? You can be the dude who says, “hey man, that’s not cool.”

And if you for one minute used your power (and even if you’re an unemployed dude looking around his studio apartment saying “what power,” trust me, you have some over at least one person in your life) to harass, abuse, or assault someone and you are not now using that power to fight the harassment, abuse, or assault of others you are not a man changed. You are a man with a debt that you must pay.

7. Do not expect forgiveness.
Yes, you may be doing this to be a better person, but it does not mean that others have to see you as a better person. The things we do cannot be undone. We must find other ways to get as close to making things right as we can, but if you’ve harmed someone, you have no right to expect to be seen by them or anyone else impacted by your actions as anyone other than the person who harmed someone. You have to live with what you did as long as they do.

This does not mean that you have to beg for forgiveness for all eternity. It means that you will have to find a way to move forward while also carrying that burden with you. It will remind you of why your work now to fight the culture that makes sexual abuse so prevalent is so important. It will remind you to not be complacent, to not abuse your power, to resist the lure of toxic masculinity. It will fuel your fire to reach out to other men you care about so that they, too, will not harm others and have to carry around the harm they caused forever.

When Forgiveness Isn’t A Virtue

You don’t have to forgive anybody ever. Forgiveness can be bad for you.
And to some people – to a lot of people -you will likely be seen as a better person because you will be a better person. But you will never have a right to expect or demand that.

We have a serious sexual abuse and assault problem in this society, and as a perpetrator of some of that abuse, you have an increased obligation to help fight. You are not alone. There are millions of men around the country looking at their past behaviour and wondering what they can and should do about it. You can help them follow the right path by taking the first steps yourself. This is not easy. This open accountability for the wrongs you’ve done is very painful to go through. But it’s nothing compared to the pain you’ve caused your victim(s) or the harm your silence does to society by continuing to uphold a culture that makes this abuse so easy.

You can never erase this, but you can repair some of the damage done, and the damage your inaction is currently doing. You can be a part of the solution. And you have to be. You owe it to your victims. You owe it to us all.

This article was written by Ijeoma Oluo and originally published on theestablishment.co

Being A Lady; Class. Poise. Style. By Omena Akpobome

Police should be our friend – By Abimbola Adelakun

How Ifeoma Ozoma is Creating a Safe Space for Tech Whistleblowers