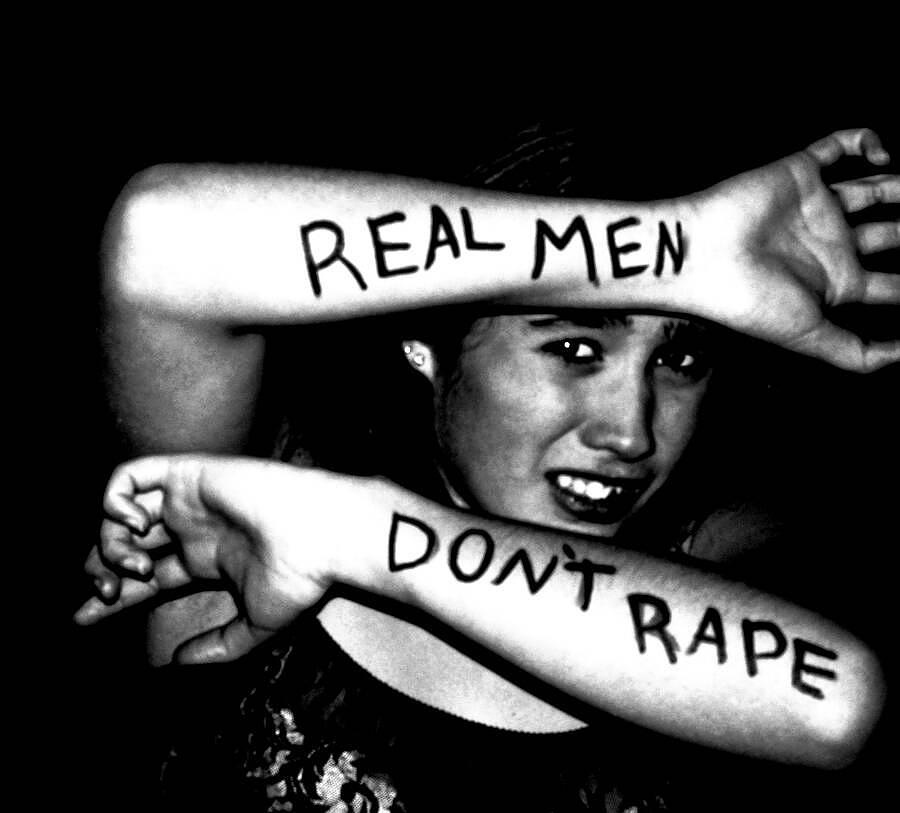 I’ve come across quite a number of posts&comments concerning the issue of RAPE and I felt strongly about it so here are my thoughts.

‘No’ is not just a word. It’s a complete sentence.

It certainly does not leave room for confusion or require any further explanation.

Everyone is allowed to say “No”. And people today (men and even women) must realize explicitly and without a doubt or waiver of uncertainty that ‘no’ means “NO”.

Whether the girl is an acquaintance, a friend, girlfriend, a sex worker, or even your wife…. ‘no’ means ‘NO’! And when someone says so, you STOP!

Society today has forgotten this very important fact. Saying things like “oh, look what kind of clothes she even had on. She was literally asking to be raped” OR “so she carried her “dodomu” head and went to his house and now she’s shouting rape. She wanted it” OR “when she was kissing him, what did she expect to follow? She deserves it” OR some other equally distasteful and very saddening comment.

What we don’t realize is that by carrying on this mindset (and inadvertently passing it on to our kids- both male and female), what we are saying is that the guys that commit this heinous crime get pats on the back for “being men” while the ladies (the victims) can go take a hike because “she must have done something to deserve it”.

This, my people, is sad!

Are we saying men are such unthinking robotic creatures that have zero self control once they get the first hint of sexual activity? Like, they go into zombie mode immediately and can’t hear, see, think, or function in any other way until they “get to the finish line”? I don’t think so.

No one should be forced against their consent. NO ONE! Not your friend, girlfriend, wife, bae, boo, not even a sex worker.

!!!Failure to give consent or Withdrawal of consent at ANY point should be grounds for immediate discontinuation!!!!

I really think we should stop crucifying/shaming the real victims and exalting the perpetrators.

You could have stopped! You just did not want to! And it was not on account of a fault on the girl’s part. Your sister walks around the house in her Amber Rose swimsuit and even hugs you, why dont you get jiggy with her? You start making out with the fine girl from the club and reach for “down there” and feel a penis and ‘s’he smiles and tells you ‘s’he is really a cross dressing dude with a lot of packaging. Don’t you stop immediately? Don’t you snap back to your senses?

Again, you CAN stop. No one is “asking for it”. No one deserves it.

How about we teach ourselves and our kids about self control and the power of ‘NO’ instead?