If you are passionate about the education of girls and the improvement of the lives of rural women, then Leïla Mezian Benjelloun is a name you should get familiar with.
Read more

“I hope every little girl watching tonight sees that this is a country of possibilities”  - Kamala...
Read more

Pastor Ayo Ajani of the Petra Christian Centre has admitted to inappropriate sexual behavior despite his position as the Senior Pastor of the church. The behavior borders on sexual harassment of some of his female members, causing some of them to have left the church in the past as they could not come to terms with the fact that someone they had trusted as spiritual leader could be capable of such actions. 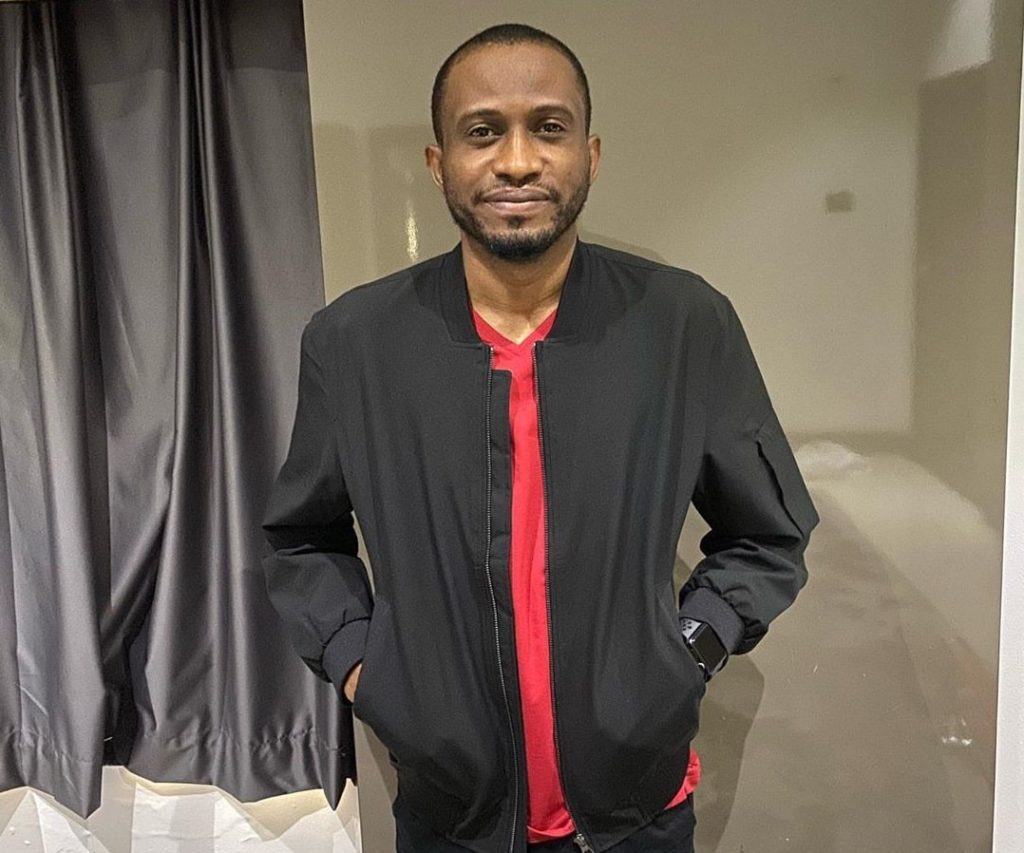 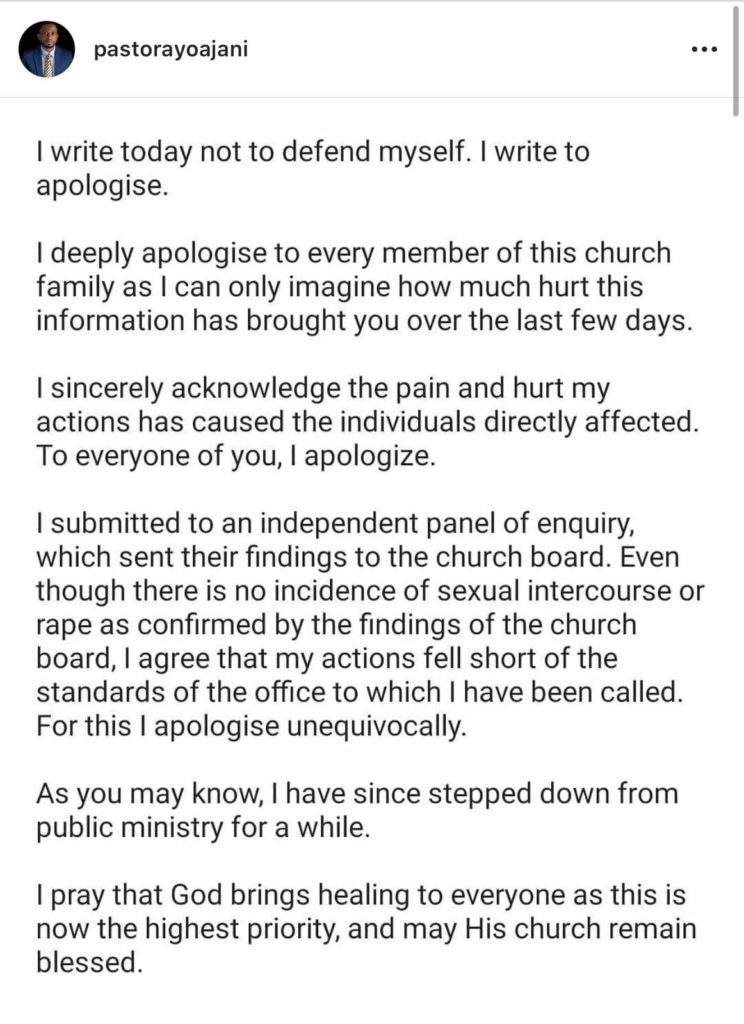 Attention everyone. There is a sexual predator and financial groomer on the loose in Petra Christian center @PetraChristianC . His name is Ayo Ajani @pastorayoajani , he’s the Senior Pastor.

This things keeps happening over and over again. When you report to him to people who answer to him nothing would be done. That is why a lot ladies left the church without any explanations because the so called jr pastors you reported to swept it under the rug

While many have poured in accolades to the Pastor and his church community for coming up with their “speedy resolution” of the issue, it is important to note that Pastor Ayo Ajani’s actions and abuse of power would never have come to light without these women coming out, and so, he most likely would have continued his predatory behavior.

This is however, a step up from the usual, as we are still awaiting Pastor Biodun Fatoyinbo’s admittance of the numerous rape incidents he has been accused of, and consequently, his step down from the leadership of COZA.

I am sure that this will not in any way impact the followership of Pastor Ayo Ajani as we know that the Christian community is not largely made of objectively thinking individuals. They would most likely be borrowing a leaf from the followers of Pastor Biodun Fatoyinbo, who would “stan” him to their death regardless of the next heinous crime he is accused of.

Read Petra Christian Centre’s internal memo to their members below. 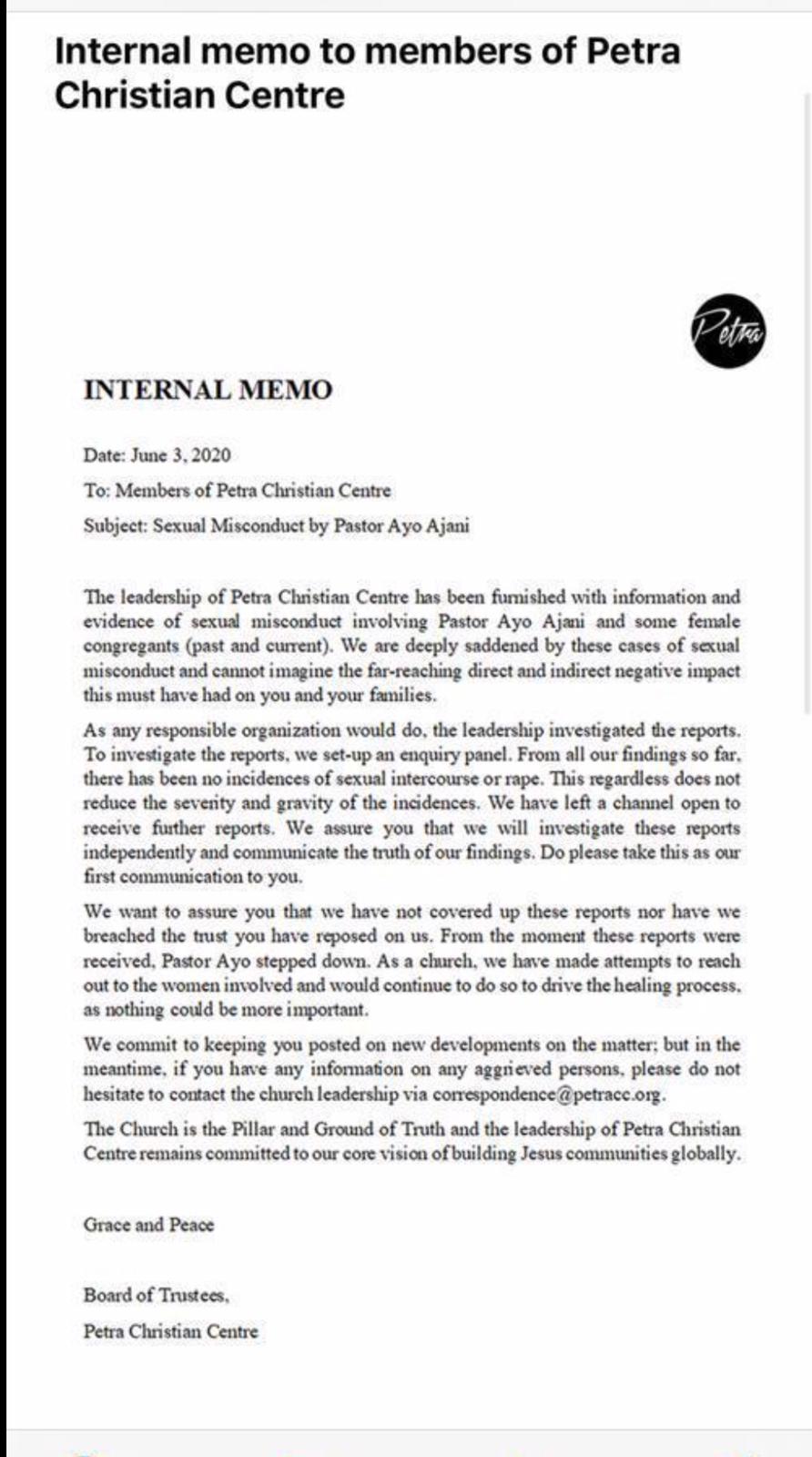 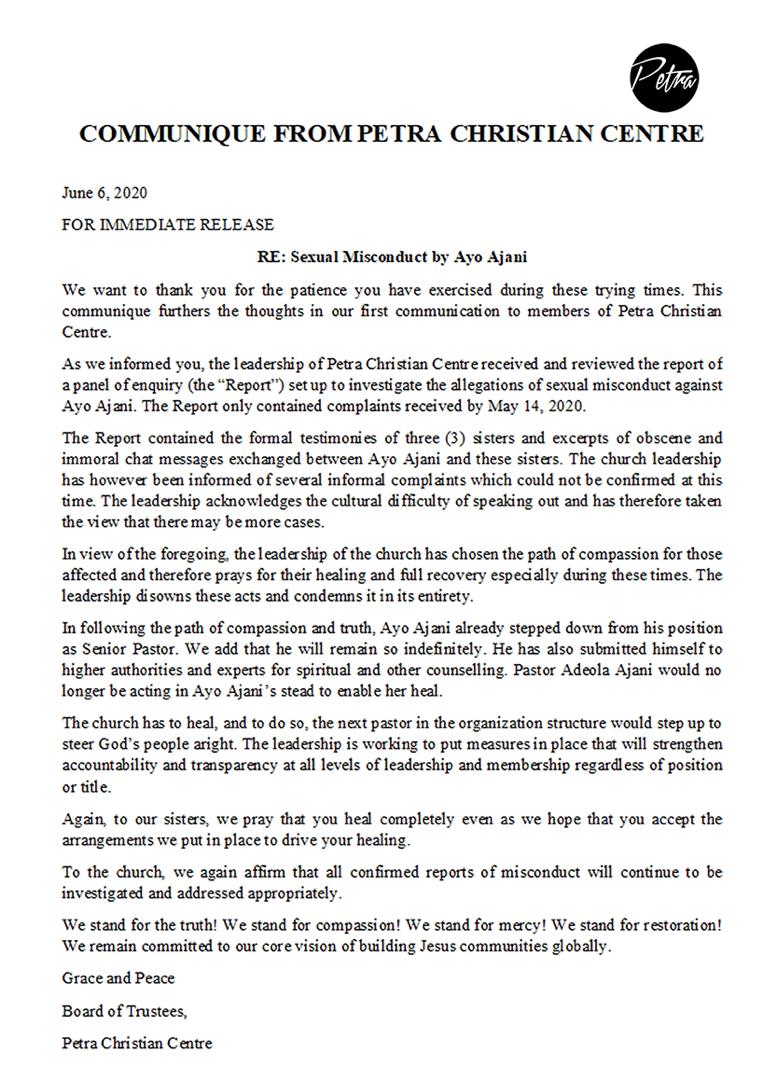 A post shared by PETRA CHRISTIAN CENTRE ONLINE (@petrachristiancentre) on Jun 8, 2020 at 3:32am PDT

Have you been affected by the issues discussed within this article and would like to seek help? Please send an email to [email protected]

If you are passionate about the education of girls and the improvement of the lives of rural women, then Leïla Mezian Benjelloun is a name you should get familiar with.
Read more
Feminism

Beyoncé’s Work Ethic : What We Can Learn From It

Beyoncé is the queen of deliberate silence and it has never not worked in her favor. Of course, we understand how important it is to not always respond to rumors or gossip headlines but how do we explain not talking about your own work?
Read more
Relationships

100 Funny Questions To Ask Your Boyfriend

Oftentimes we girls just want to liven the mood, and it generally doesn’t matter what the situation is. It could be just after a steamy sexual session, or just after a quarrel with your boyfriend
Read more

Women in Politics: How Society Can Amplify Their Voices

Women are usually held up to a higher standard when they hold leadership positions. Their actions could make or break the entry of other women into that same position and that, in itself, is inequality. - Olanrewaju Ajeigbe
Read more

Zimbabwe’s Patriot Bill – All You Need To Know About It

Zimbabwe's Patriot bill which is anything but patriotic attempts to criminalize oppositional demonstration, and communication with foreign embassies that take place without government clearance among other things.
Read more

#ENDSARS : Why We Must Document The Contribution Of Women

I was 21 years old when I first heard that Funmilayo Ransome–Kuti was a women’s rights activist and suffragist who led multiple protests in Nigeria and even formed the Abeokuta Women’s Union.
Read more