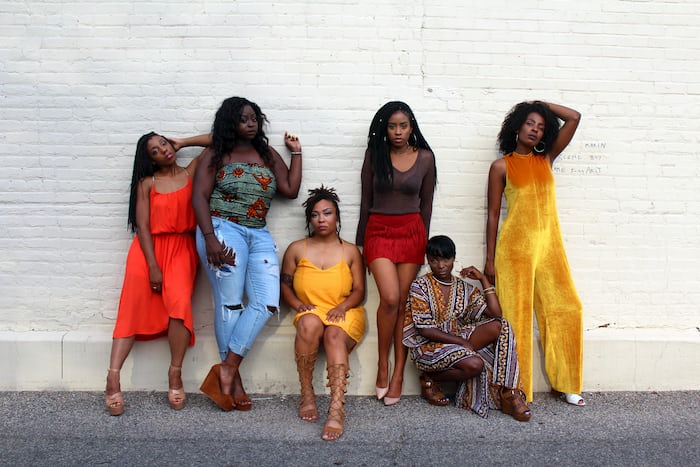 As a feminist, one thing I remain fascinated and yet saddened by, is the role of shame in the healing or lack of healing in women who have outed abusers.

I am also interested in how shame plays a role in women not seeking opportunities and putting ourselves out there on social media.

Often, I wonder at the many voices and opinions of women that we may never get to hear because these women have been socialised to see being confident and vocal as things that one should be ashamed of.

As earlier mentioned, I’m interested in how the necessitation of shame in rape and domestic violence cases stops the woman from seeking help and overcoming that experience.

Even for women who speak openly about their recovery from domestic abuse or rape, I have also observed that lots of Nigerians and Africans generally, will only tolerate the woman who speaks in a tone of forgiveness or self blame.

These women above will be shunned at the very least or in seemingly progressive spaces be bullied into performing forgiveness before they can be accepted.

In extreme cases, the attitudes of the aforementioned women will even be touted as the reasons they were raped or abused.

But how does shame, a feeling of deep disgust and anger with oneself, prevent a woman from healing from incidences like violence and emotional abuse?

It is simple. Constantly carrying the cloak of shame prevents you from healing because you inevitably carry the blame for an act where you were not at fault.

No matter how many therapy sessions a woman goes for, if she and her therapist do not actively work on unburdening the shame from childhood trauma, that shame will show up in her feeling inadequate, unloved and therefore unwilling to see the good things in life.

A woman who is yet to unlearn shame will enter into the same bad relationships; just that the names and faces of those people may change over time.

If a woman hasn’t learned to understand that the only way to survive in a sexist world is to remove any iota of shame, she will go through life trying to ensure that she fits into the ever shifting standards of what it means to be a “good woman”. It is this thinking that makes some women become extra religious when they marry such that they dump their single friends.

The irony is that when the standards of what it means to be good change again, in order not to be shamed and seen as outcast, these women will shape shift and code switch just to fit in. Sometimes, the only pathway to peace of mind for a woman in Nigeria is the path trodden by outcasts.

She may not be liked and may be socially snubbed sometimes but if she has money and a voice of her own, she will be respected and bullshit won’t be thrown her way compared to the woman who is afraid of being shamed.

When asked what the best way she has unlearned shame, Tuitho, a Kenyan writer and psychologist says that understanding that her body is hers has helped.

In her words: “Learning that my body is not a bad thing has been the most powerful ways I am unlearning shame.”

She went on to say: “It helped me come at so many things differently; from my eating habits to how I dress, sit and even to sexual pleasure as well as boundaries in terms of who has access to me and who doesn’t.”

For Temidayo, a content creator and writer, she says that to undo shame women must come to accept the possibility of being shamed and move past it.

To quote her: “There is nothing positive about shame. Shame takes away your well-being, authenticity, and can be a road to insanity.

As a woman, you must come to a place of acceptance; of who you are and the possibility of being shamed for it. Like the saying goes, you can’t shame the shameless.”

She continued by saying: “Personally, I have many qualities that I am expected to be ashamed of according to the society and I was. Learning to be unashamed has helped me to grow and evolve. Now I love my body and can encourage people to do the same, I speak publicly without shame despite my factors…

Although I feel fear sometimes, I talk about my sexuality and relationships without shame and I’ve never been happier in my life.

Shame is a burden that nobody should be subjected to carrying.”

A lot has been said on shame and yet more things are yet to be said on how shame is the barrier preventing lots of Nigerian women from healing totally from trauma.

I would however end this article with a quote from Osarunamen, a writer when she says: “I think as women if we are to move on progressively with our lives, we must unlearn shame.

Shame can hold us back as we want to cling to a fabric. One that looks like it covers us as ‘good women’. You can be dying and society expects you to tarry along because you are a good ‘woman’. Remove that fabric. That’s the fabric of shame.”

Previous article
Why Do Men Praise The Suffering Of Their Mothers?
Next article
More Women Should Learn From The Lives Of Past Women