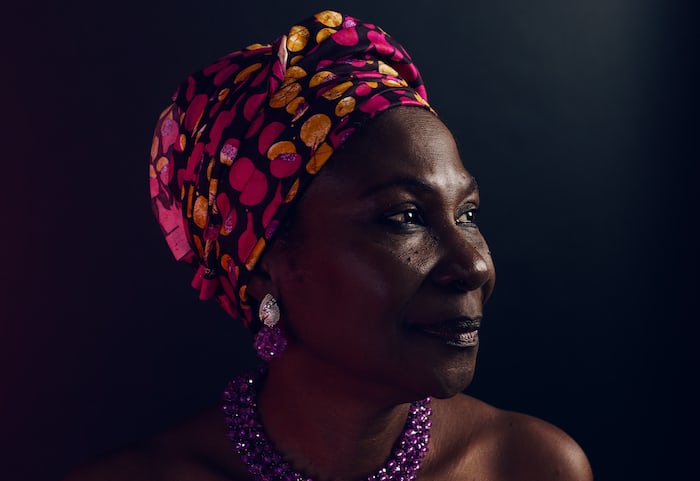 One of my favourite Nigerian female authors is Buchi Emecheta.

I particularly love books like Joys of Motherhood and The Slave Girl for teaching me even through gory examples what I stand to lose if I don’t actively decenter men and the desire to be liked.

In her best selling novel Joys of Motherhood, Emecheta taught me too through the characters of Ona and Nnu Ego, why implementing the stories of bravery from the women in one’s family is a matter of necessity.

Ona was the mother of Nnu Ego and was a very bold woman who didn’t allow herself to be disrespected or seen as a doormat by Nnu Ego’s father.

She was stubborn too and put her needs and wellbeing above the possibility of encountering nonsense in the name of love.

However, I noticed that Nnu Ego was the direct opposite of her mother. Nnu Ego allowed her duty towards her father as his first daughter, prevent her from making decisions that would center her. She cared a lot about what people thought about her and sometimes acted in fear.

It is not that Nnu Ego didn’t know the stories of her late mother. I would say she wasn’t intentional about following the good seen in her mother’s footsteps. I would also say that she let herself fall into the trap of thinking that following the norm when it came to women would protect her.

I have spoken largely about Nnu Ego and Ona.

In the lives of so many Nigerian and African women, erasure and lack of documentation have made it such that we do not have adequate stories about the women before us.

Not just that, the few of us who can see and hear stories from our mothers, hardly take out time to interrogate what made the women before us sad or brave in the face of the patriarchy they grew in.

It is not only stories of bravery that we must listen to as women.

I believe that the more knowledge a woman has about her mother’s positive and negative life choices, the more armed she is with ammunition that can help her navigate and overcome sexist situations.

But that overcoming cannot happen if after hearing the story from your mother or even random older women, we fall backwards and repeat the same mistakes they made.

When that happens, the cycle of unhappiness continues and the search for women’s freedom will always be hampered.

To better understand why it is necessary to speak and learn from past women both in and out of the family, I spoke to four women.

Speaking with Peace, a writer, she explains that seeing the experiences of the women in her family has given her a guideline of what to avoid.

In her words: “Information both ancestrally and generationally are shared between women of the same lineage. I am [answering] this based on learning about past women in your family.

So knowing the kind of environment I grew up in, I had to study the pattern of those above me.

I had to understand certain factors were going to Influence my lifestyle, whether I liked it or not. Because I was a part of the family!”.

She went on to say: “Learning the experiences [of women in my family] helped me create a totally different life, from the norm, while still using their mistakes as guidelines.

It’s easier to understand how these factors would have affected me by learning about them, by understanding the patterns and seemingly endless bad choices. I saw this constantly in the lives of my Aunts to my female cousins; so it’s easier to change trajectory because you know how everyone does it.

It’s easier to make better decisions because you’ve seen and you understand the outcome of the same type of choices.

So yes that’s it for me.

It’s necessary to learn about the women in your family and their past, so you don’t make the same mistakes and so you live better.”

For Iretomiwa, a blogger, she says that learning about women in history gives her a boost when she feels exhausted.

To quote her: “I think it’s important to learn from past women in history and in your family. The first thing it does is that it helps you to avoid their mistakes. Next, it helps you to appreciate how far women have come. When I feel exhausted when it comes to women’s rights, stories of past women fighting and succeeding encourages me.

Finally, it also helps you to expand your mind in terms of what is possible. When you see how women in history and your family dreamed about things that were beyond their reach, you get “Permission” to dream of big things.”

When asked why learning from past women is important, Kelechi, a lawyer, says that it is because those who aren’t aware of history repeat avoidable mistakes.

In her words: “What is the saying? Those who don’t learn from history are bound to repeat it.

Even if you didn’t have a feminist mom or something. If you grew up in abuse and dysfunction you were traumatized and you learnt fast.

Our mothers were the ones who either showed or told us that marrying young, with no experience and money would not save you.

Our moms told or showed us about having “our money”, now newly called “fuck you money”.

Just taking different steps today assures us of a better future or at least we try for one.”

For Eniola, she says that observing the women in her family has taught her to make better choices around marriage.

To quote her: “I’m painfully aware of the consequences of certain stereotypes they were molded into and it perpetuates regardless of their educational status. I see the effects of the kind of world we live in and the loopholes they jump through just to survive even if they can’t see it.

It’s helped me to be more rational and actually logical about what’s best for me and even if I do act some of those behaviours, I don’t necessarily delude myself into thinking my behaviour might be right or the only way.

I’m aware I’m ‘wrong’ or I’m aware that the situation may be wrong and it feels like a good step that I’m breaking “boundaries”.

Good example is marriage. I’m way too aware of the actual consequences of being in a heteronormative relationship as a Nigerian woman living in Nigeria and raised under strict religious principles.”

When women in the same age group share our stories, there is a chance of healing.

How much more women who have lived longer and had more experiences trying to tackle sexism.

It is of utmost importance that women across multiple generations strategise to improve the lived experiences of each other.