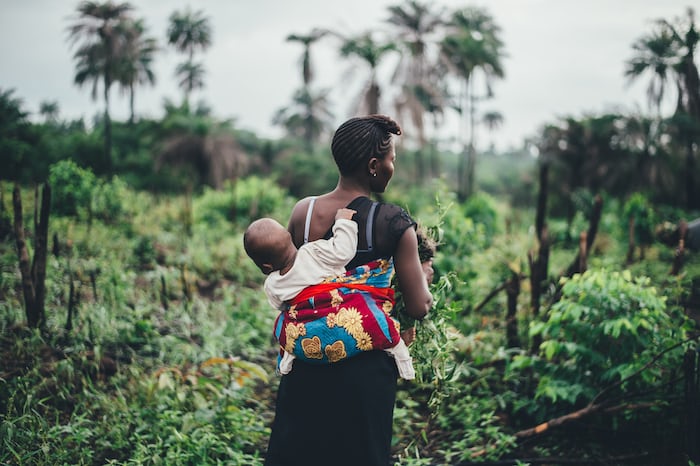 One of my best African feminist novels is Stay With Me which was written by Ayobami Adebayo. It explores the manner in which women are exploited and blamed for incidences such as infertility in marriage.

I particularly loved how the book shed light on how a desperate search for biological children can lead to men getting their brothers to rape their wives. I loved too how the book tackled death from sickle cell in children and impotence in men.

I was reminded of Stay With Me, upon hearing of the #DontCallMeBarren campaign which was started by Saratu Kassim. It is one of the petitions done by Change.org to commemorate #16DaysOf Activism.

In it, individuals are encouraged to sign as a means of raising awareness on the problems women in Nigeria face for being seen as “barren”.

It also aims to speak on how more often than not, problems of infertility in Nigeria are always placed on the woman when ideally the responsibility of bearing a child rests on two people.

As someone who grew up in Nigeria, I always heard statements like “fruit of the womb” in churches.

I also always heard prayers against being called a “barren woman”.

The questions now are these: “Are women parcels of land such that we become ‘barren’ when we cannot produce fruit?”, “Why do we compare parts of actual living and breathing humans to inanimate fruits?” and “Why do we never pray for men to experience the fruit of the testes?”.

In Nigeria, the effects of calling women terms like “barren” are far reaching and very destructive. A woman who has been told that she is worthless without a child will do all she can to get one. This is even at the expense of other women.

For example, in Chika Anadu’s Igbo language film called “B for Boy”, the main character who was in desperate search for a son due to being bullied, helped another woman give birth to her son and then stole him.

This was after wearing clothes that made her look pregnant and after experiencing shaming from women in her husband’s family for not “giving” him and heir.

This desperate search to not be called barren or ostracised for having no kids indirectly affects women and girls who may not even be married. Nigeria has a booming baby factory industry. Disturbingly, in most of these factories, women and young girls are kidnapped, raped repeatedly and when they get pregnant, their children are sold to the highest bidder.

In religious spaces, it doesn’t help that religious leaders often preach that a true woman is one who has embraced motherhood. This makes it especially difficult to survive for married women who want a religious community but don’t want kids.

A lot of Nigerians and indeed Africans are yet to come to terms with the idea that a married couple without kids by choice or circumstance is still a valid family unit.

To further understand the effects of shaming and blaming women for not having children, I spoke to two women.

For Deborah, a new mum, she believes that it must be said that women are the ones who do most of the shaming and policing of other women.

In her words: “The people who blame women for having difficulty giving birth are most likely women. They come in the form of mother-in-law, sister-in-law, church members, neighbours and all.

She went on to say: “They always excuse men’s behaviour and overlook traits that should be cautioned or called to order. That is why when a married man cheats you hear “ordinary” cheating but when a woman does the same you hear words like sacrilege, an abomination etc.

They will advise a man to marry a second wife if his first wife has a problem giving birth but when it’s discovered that a man has problems they will advise the woman to pray or adopt a child.”

Speaking with Isabella, a writer and software developer, she tells me that ignorance plays a huge role in the shaming of women.

In her words: “Women are blamed more because a huge percentage of Nigerians are ignorant. When a couple can’t conceive, it’s a 50-50 percent chance that the issue lies with one or both of them.

The prayers directed at women only reflect this ignorance. The obsession to sleep with men asides their husbands comes from societal pressure. Most times, the men don’t even feel the brunt of the emotional drain on the same scale the woman does.”

Although it is okay to want children, it would never be okay to place a woman’s human worth on how well she can birth children.

Even more, it would not be okay to use derogatory terms like “barren” to speak on women experiencing difficulties birthing kids.

Women must be respected not based on our ability to increase a population but based on the insight and value we bring to a nation.