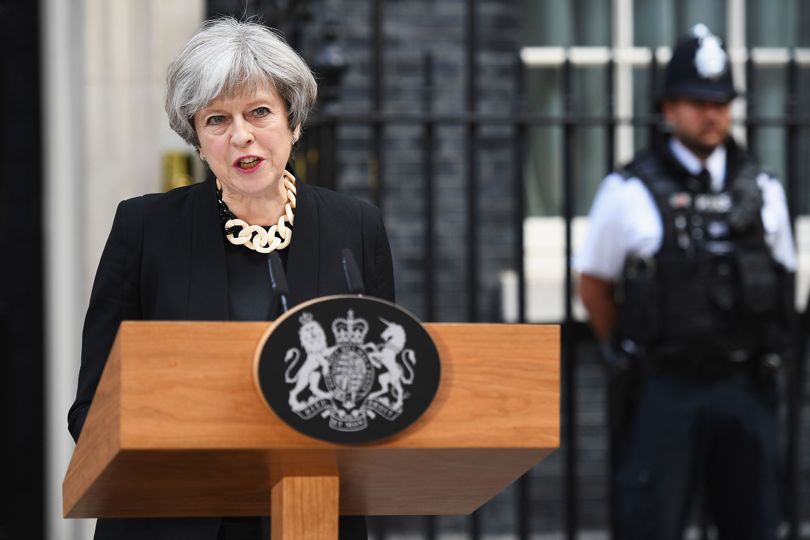 Theresa May, the Prime Minister of the United Kingdom has said enough is enough in a speech this morning condemning the terror attack on innocent and unarmed civilians in London last night.

A white van hit pedestrians on London Bridge, with three men then departing the vehicle to carry out a number of stabbings near Borough Market, killing seven and injuring a further 48 people. The attackers were said to be wearing fake explosives strapped to their chests and were shot dead by police within eight minutes of the security services being called out.

“We cannot and must not pretend that things can continue as they are”, said May, speaking outside Number 10 after chairing a meeting of Cobra, the government’s emergency committee. “Things need to change.”

“While the recent attacks are not connected by common networks, they are connected in one important sense, they are bound together by the single, evil ideology of Islamist extremism that preaches hatred sows division and promotes sectarianism.”

She spoke about military action abroad, combating extremism at home, there being “far too much tolerance of extremism in our country, and the need to have some difficult and often embarrassing conversations. We cannot allow this ideology the safe space it needs to breed.”

She also praised the response of the emergency services, a sentiment that has been echoed far and wide. Labour leader Jeremy Corbyn called the attack brutal and shocking, while London Mayor Sadiq Khan said it was “a deliberate and cowardly attack on innocent Londoners.”

Amber Rudd, the home secretary, said the threat level would not be raised from severe to critical as it was after the Manchester terror attack two weeks ago.

May urged everyone to go about their lives as normal, adding that while political parties will suspend national campaigns on Sunday, they will resume in full come Monday, with the general election due to go ahead as planned on Thursday.

Read Also: Police should be our friend – By Abimbola Adelakun