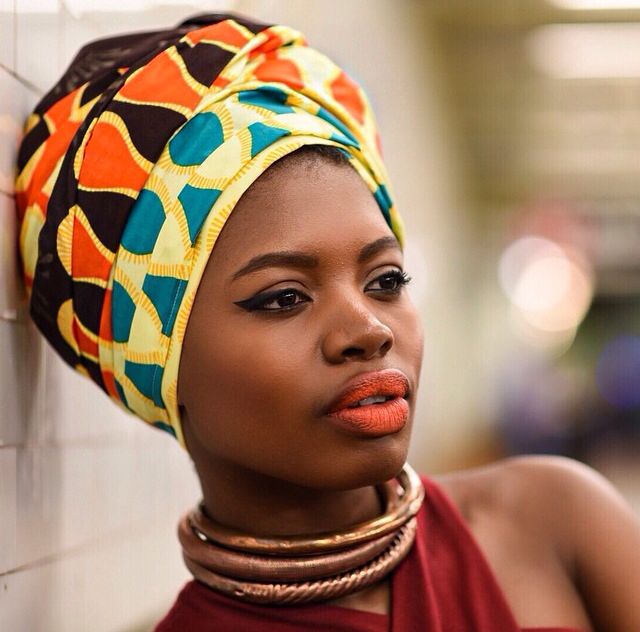 Ideas about beauty have changed dramatically in the last 30 years. The Caucasian idea of beautiful women implied clear white skin, thin lips, small upturned nose, small breast and equally small bums, like Audrey Hepburn; almost boyish anorexic; the famous size O (zero) of models. White dancing was also stylized â€“ ballroom type, genteel, if they have to jive, it was also methodical, stylized and repetitious. There was little flair â€“ am not talking about the great dancers like Fred Astaire Danny Kaye and Gene Kelly (Dancing and singing in the rain).

Caucasians looked at African dancing as rude, raw, debased like black people â€“ uncouth, sex mad, whose dancing was pornographic, sexual, absence of any modesty, or any awareness of shameful conduct; the dancing movement betrayed the almost absent pelvic bones, hypnotic, gyrating movement as if possessed by the devil.

The Asiatic concept of beauty was vastly different but wrapped up in modesty and proper conduct, graceful and perhaps sensuous. Blacks were regarded by both Asiatic and Caucasians as essentially ugly, thick lips, large bums, large breasts, greater curves whereas for whites and Asiatic less curves were preferable.

But the black woman has had problems with her kinky hair â€“ the Angela Davis defiant black afro has given way to pressed hair among blacks, wigs, tie or weave on to make black hair as sleekly long as white peopleâ€™s hair. But in Nigeria recession has had a massive impact on what Nigerian women look like, wear or walk in.

Read also: Dear Men, We Are Not On The List Of Items You Are Getting Next! By Adenike Bamigbade

A few short years ago, Nigerian women were buying Brazilian hair, Indian hair, South American and other Asian long hair for as much as N250, 000 a set. Going to the hairdresser was a derigor for the sharpest looking girls and women â€“ a weekly affair, with eyelashes only witches would be proud to have: these are supplemented by talons of various shapes and lengths on their fingers and toes, colored to suit what the lady would want to wear that week. The shoes were Manolo Blahnik, Jimmy Choo, Salvatore Ferragamo, Channel, Louis Vuitton, Gucci, Dior, JSL, CK, handbags and other accessories etc. were by these designers. The total effect was to impress you that this was a lady who had arrived and could spend thousands of dollars on these foppish accoutrements. Many took total immersion skin whitener baths in London, Paris, New Yorks or Geneva.

Have you seen the Nigerian women lately since the onset of recession? Gone are the luxury tear rubber 4 wheel drive cars: the Infiniti, Lexus and BMW. The house rent has not been paid, school fees are pending as the old sources of the funds dry up.

Bend down boutiques (originally known as Okrika Wake Up) are back in vogue. The old Christian Dior dresses are back but this time modifications are added â€“ an ankara here, a patch of asooke there, a flash of adire here, some other modifications â€“ what is called applique. Jimmy Choo and other designers have lost nearly all their Nigerian customers. Old ankara is back with a vengeance, tailors are making fortunes sewing ankaras, adires and so on â€“ and I must say many of the ladies look even more fetching and beautiful in these attires. It is as if they all have understood that you can dress well without breaking the bank or the bank of your husband or your boo.

Our Nigerian women have cut down on the cosmetics they use and are shopping more sensibly. As money dried up, they now eat less and probably better. The wives serve smaller portions to their husbands who cannot complain because they give less to their wives.

The women have now gone back to their natural hair that had been suffering the Brazilian hair onslaught for the past several years. They now plait their hair in various old African styles â€“ the corn rows, the hair button style if they have to have an add-on. It is a synthetic Afro made into large strands but all cleverly done; where this is not possible, the head scarf has reappeared but this time with good taste or they simply leave the hair and just comb it out and try to hold it in place with something or some bob. For the desperate, wigs are back in full force.

Nigerian women are looking darker than any time in the last twenty years. And they look more comely, even beautiful.

Let us move from the ridiculous to the sublime. It would seem that our women understand recession more than the government. When you are in recession you cut down your spending; thatâ€™s why the women change their hairdressers, restyle old clothes, return their hair to the normal state, buy local scarves to enhance their looks, and even go to bend down boutiques but have enough savvy to amend them tastefully. They eat less and make everybody in the household do the same.

How come the government has not learnt this? The Nigerian woman does not borrow money to pay salaries, or to cook or to buy gold or keep an expensive car she knows she cannot afford!!

All of us remember the ingenuity of mama in the kitchen at hard times â€“ how she could make leftover food into a delicious repast.

I know some of you would say that the Nigerian economy is in the hands of a woman, our Minister of Finance. But pity her â€“ can she control the testosterone oozing in the National Assembly which seems absolutely oblivious to our economic plight? Can she control those testosterone â€“ filled governors who have brought our strong man into acquiescing to borrow money to pay workers and borrow more to do the same without a thought on productive investment and a plan of how to pay for what we borrow? Did I say from the ridiculous to the sublime? Sorry, I misspoke.

My shirts and trousers cost me under N2000. They look new but who knows where my Benue supplier gets them from? My driver swears I could get them at N500. I think he is joking but one day soon if the recession continues, I will take up his offer.

Popular music and films have been affected by globalization. Nigeria is at the forefront of the new vibrant music, great in its variety and intensity. I do not pretend to understand the lyrics and words, the few words I can pick out are unedifying and banal. As for the black rap music; it would seem they cannot rap without the expletives of the f-word, just as even now in Hollywood films the dialogue is a repetitive expletive of the f-word. It was only a short while ago when the Rolling Stones â€œI can get no satisfactionâ€ could not be played on the prudish BBC. The other day a Korean rapper hit the world as no 1 in the charts. For all I could remember he may have been abusing my mother. One of the effects of old age is increasing deafness. It would seem that I no longer hear well when these unacceptable words are repeated in the new music repeated by both foreigners and Nigerians.

But seriously, suppose we had Mrs. Aisha Buhari or Mrs. Turai Yarâ€™adua or Mrs. Patience Jonathan as President? Men fool themselves when they think they are the head of the home â€“ look well, you would see that the real ruler and diplomat is the wife. If a woman were president there would be less friction between the Executive and the National Assembly. If the latter does not want to approve nominations, these would be replaced by other substitutes. No palaver. Mr. Ali of the Customs would go and a lady in full uniform would appear before the Senate. Mr. Magu would be replaced by another nominee. Mr. Magu would form a consultancy to help the Economic and Financial Crimes Commission (EFCC). Just think how many times you have done what your wife says after shouting â€œNo, over my dead body.â€ But you are still alive. As for the Senate President, his trial would have been over by now if we had a woman President. They understand that politics is the art of the possible. The emphasis is on art.